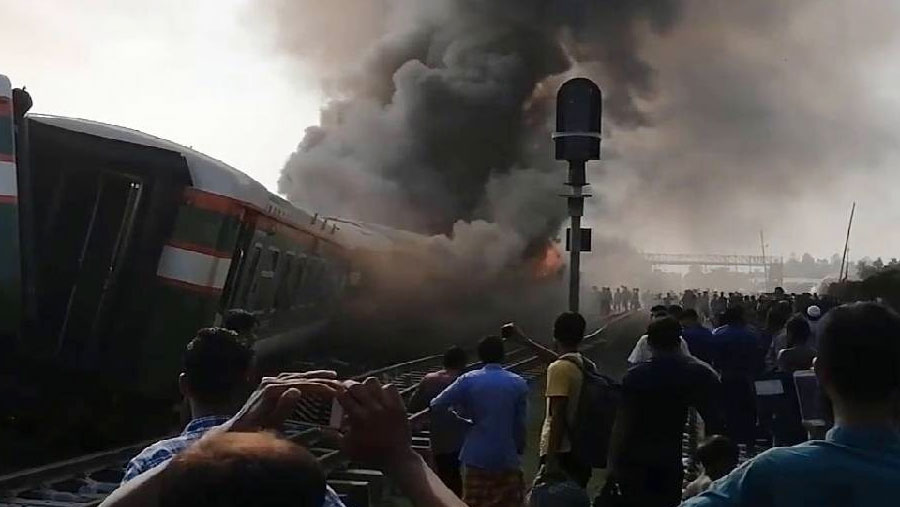 Two days after a deadly train crash in Brahmanbaria, three compartments of another train, Rangpur Express, caught fire after derailment in Ullapara on Thursday noon, snapping rail links between Dhaka and northern districts.

Stationmaster of Ullapara Railway Station, said six bogies and the locomotive of the train derailed near Ullapara railway station around 2:30 p.m. Later, three of those caught fire immediately, he said, adding that the reason behind the fire could not be known yet.

The Stationmaster said a salvage train from Pakshi is on the way to Ullapara to rescue the bogies and restore the train services on the route.

Earlier on Tuesday (Nov 12), at least 16 passengers were killed and over 100 others injured in a collision of two trains at Mandbagh in Brahmanbaria. The deadly collision between Dhaka-bound Turnanishita from Chattogram and Chattogram-bound Udayan Express from Sylhet took place around 3 a.m.