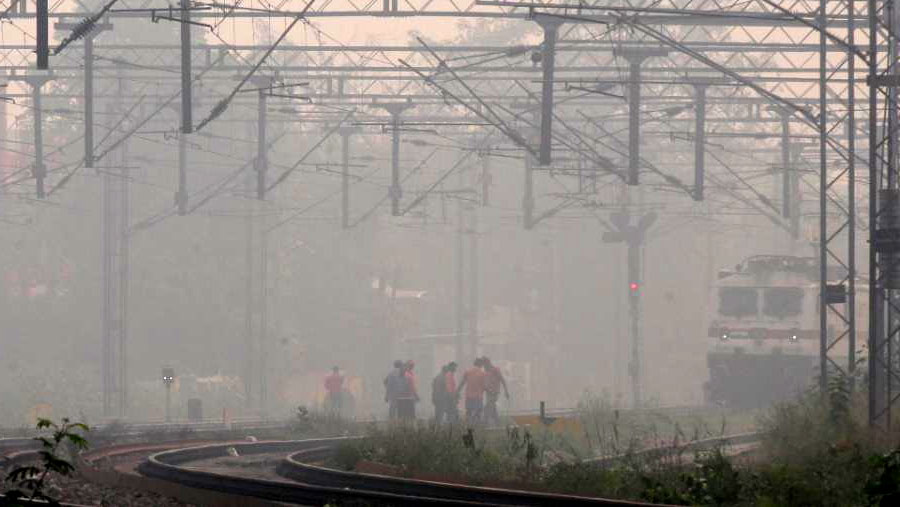 Schools in Delhi and adjoining districts have been advised to remain shut for the next two days due to the spike in Delhi pollution levels. The Environment Pollution Prevention and Control Authority (EPCA) has also asked industries not running on clean fuels to remain closed till Friday (Nov 15).

"Hot mix plants, stone crushers to be closed till morning of Nov 15, 2019 in all NCR (National Capital Region) districts," the anti-pollution body said in a statement.

"...in addition, keeping in mind the hazardous exposure to children, CPCB Task force has recommended, which EPCA is directing, that all schools must remain shut for the next two days," it said.

Schools in Noida, Gurugram and Ghaziabad will remain closed as well, sources say.

The air quality in the national capital region had deteriorated to hazardous levels after Diwali last month. The Delhi government had shut all schools for four days after a Supreme Court-mandated panel declared a public health emergency. The schools had reopened on Nov 5 after the air quality improved.

The pollution in Delhi has again hit severe levels, prompting the Supreme Court to slam the centre on Wednesday.

"In our view, little constructive efforts have been made by the government and other stakeholders to find solution to the problem," a top court bench comprising outgoing Chief Justice of India Ranjan Gogoi and Justice SA Bobde said.

"The whole of north India, NCR is suffering from the issue of air pollution," the court said.

The central government has told the court that it is exploring technology, including those from Japan, to tackle air pollution.

Delhi Chief Minister Arvind Kejriwal on Wednesday said he may extend the Odd-Even scheme, which ends on Friday.

"We are thinking about the odd-even scheme. If needed, we will extend it," Mr Kejriwal was quoted by news agency PTI as saying.

The overall Delhi air quality index (AQI) in the city was 494 on Wednesday morning, according to the monitoring agency SAFAR. The index measures the levels of airborne PM 2.5 - particles that can reach deep into the lungs.

With winter setting in, Delhi is likely to suffer for weeks. "Now that it is getting colder, air is not rising high enough to disperse pollutants. The whole trapping is happening close to the ground," Anumita Roy Chowdhury, an executive director at Centre for Science and Environment, was quoted as saying by news agency Reuters.