PM asks to be alert to stop train mishap repeat 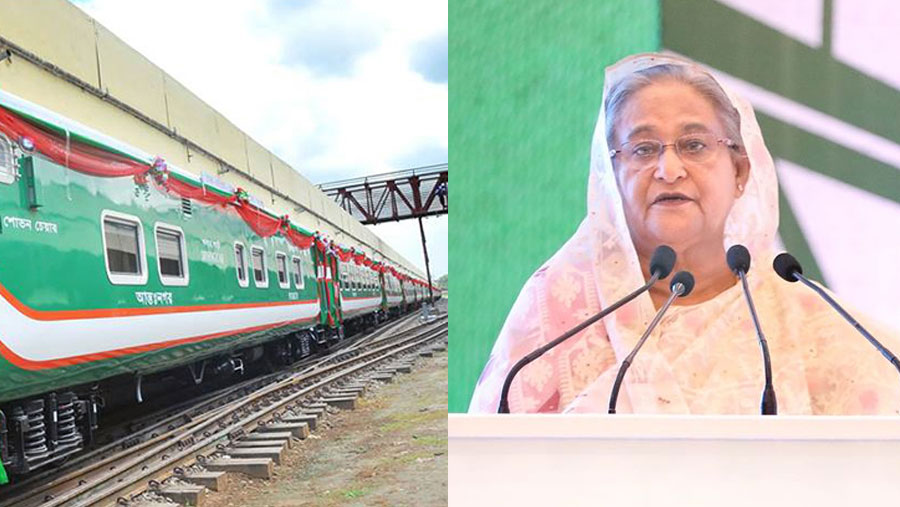 Expressing deep shock and sorrow at the death of several people in Brahmanbaria train accident, Prime Minister Sheikh Hasina today asked the authorities concerned to be more alert to stop recurrence of the train mishap.

“The people who are deputed in the railways will have to be more alert to stop repeat of such rail accidents,” she said while giving an introductory speech at the 34th meeting of the board of governors of Bangladesh Export Processing Zones Authority (BEPZA) at the Prime Minister’s Office in Dhaka.

The premier simultaneously stressed the need for giving proper training to the rail staffs and drivers to put an end to the train mishaps.

In this regard, she said, “I don’t know exactly why we see rail mishaps occurring with coming the winter season not only in Bangladesh and but also throughout the world.”

Describing the Brahmanbaria train mishap as very tragic, the premier said, “We had been able to protect ourselves from the natural disaster like Bulbul. But unfortunately the train mishap has occurred.”

She prayed for salvation of the departed souls killed in the train accident and for early recovery of the injured people, local media reported.

At least 15 people were killed and scores injured as two intercity trains collided in Kasba upazila of Brahmanbaria early today.

On rescue operation, she said the rail minister has already rushed to the place of occurrence while all necessary supports have been given in this regard.

Sheikh Hasina, also Chairperson of BEPZA Board of Governors, chaired the meeting held at the PMO.