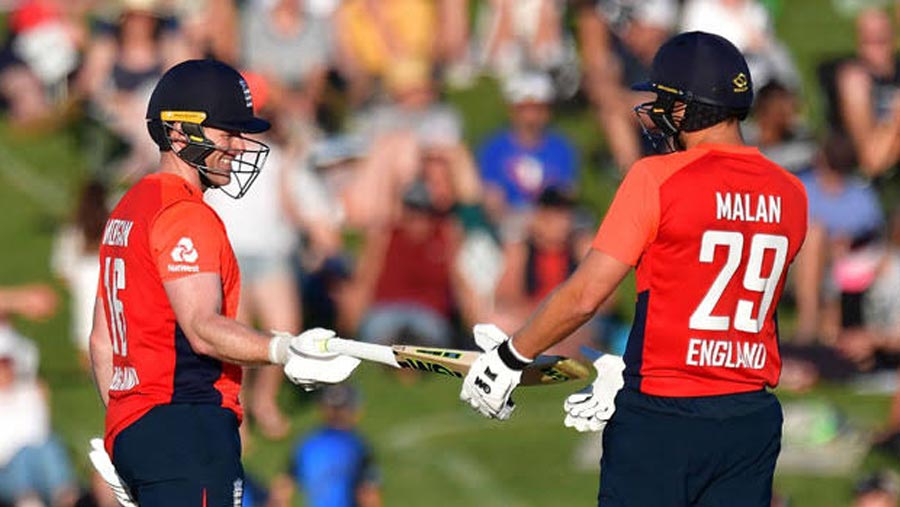 A whirlwind century by Dawid Malan in a record-breaking stand with Eoin Morgan saw England crush New Zealand in the fourth Twenty20 by 76 runs in Napier on Friday (Nov 8) to level the series with one game remaining. Malan was unbeaten on 103 at the close of the England innings with Morgan out in the final over for 91 as England posted an imposing 241 for three and then rolled New Zealand for 165 with 19 balls remaining. The overwhelming victory set up a winner-takes-all finale in the fifth and final game in Auckland on Sunday.

Dawid Malan hit the fastest T20 century by an England batsman as the tourists crushed New Zealand by 76 runs in Napier to level the five-match series with one game remaining.

On an astonishing night, Malan struck 103 from 51 balls to become the second England player to make a T20 ton.

Captain Eoin Morgan made 91 from just 41 balls as England posted their highest T20 total of 241-3.

Leg-spinner Matt Parkinson took 4-47 as New Zealand were dismissed for 165.

The final match takes place in Auckland on Sunday at 01:00 GMT.

Alex Hales is the only other England international to make a T20 century, having made an unbeaten 116 from 64 balls against Sri Lanka in 2014.

New Zealand could not match England's hitting as they were dismissed with 19 balls remaining, with all five of England's bowlers claiming at least one wicket.