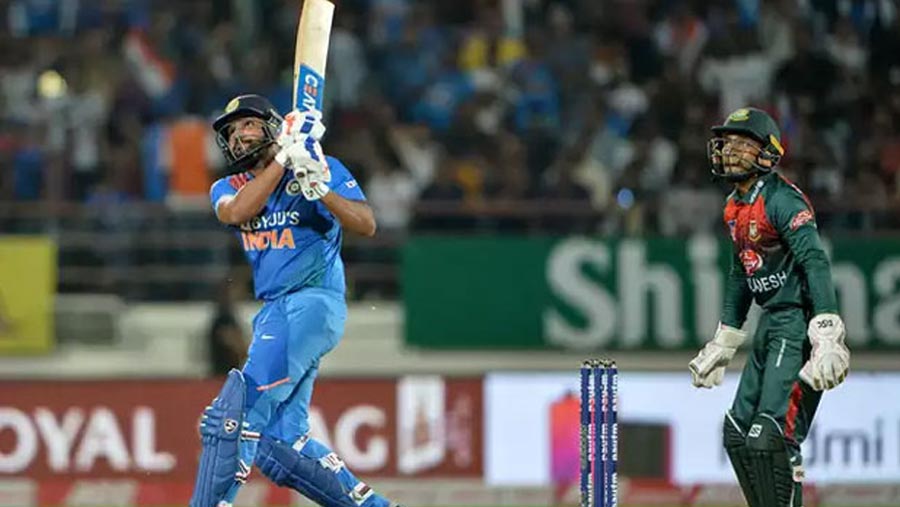 Skipper Rohit Sharma smashed 85 off 43 deliveries as India beat Bangladesh by eight wickets in the second Twenty20 international on Thursday (Nov 7) to level the three-match series at 1-1.

Leg-spinner Yuzvendra Chahal took two wickets to help restrict the Tigers to 153 for six after being put in to bat first.

The third match is on Sunday in Nagpur.

After the T20I series, both the teams will lock horns in a two-match Test series with the first Test taking place from Nov 14 in Indore and the second Test to be hosted by Kolkata from Nov 22.