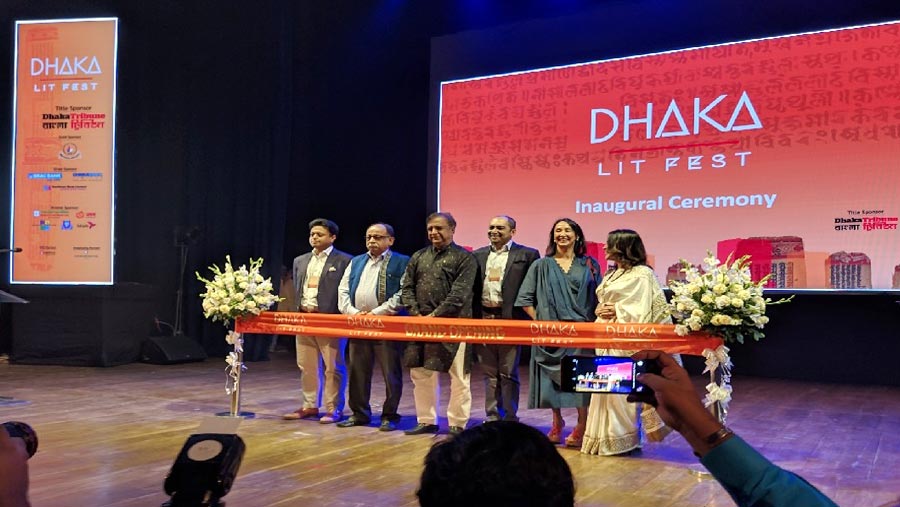 Praising the initiative and efforts of the hosts, he said the ruling party is always ready to extend support to events like this.

The minister promised to provide special support to Dhaka Lit Fest-20 next year, which is going to be themed and dedicated to Father of the Nation Bangabandhu Sheikh Mujibur Rahman.

Dhaka Lit Fest 2019's Director and Producer Sadaf Saaz said the festival is covering all genres in both Bengali and English language from poetry to fiction and philosophy to science in order to fulfill its commitment to the society and also to secure a better literary future for the generation.

The two other co-directors of the event, K Anis Ahmed and Ahsan Akbar, also spoke on the occasion. The directors also mentioned that the event is going to have special focus on indigenous languages, as UNESCO has marked 2019 as the year of Indigenous Language Protection.

Monica Ali, the special guest, thanked the organisers for hosting such an extraordinary event on literature.

Dhaka Lit Fest is scheduled to continue from 9 a.m. to 7:30 p.m. every day till Nov 9. Open for all and subject to online registration, the festival is hosted by Bangla Academy with Dhaka Tribune and Bangla Tribune as the Title Sponsors while Brac Bank is the key sponsor along with British Council, a strategic partner of the event.

This year, aamra is the Wifi Partner of Dhaka Lit Fest.