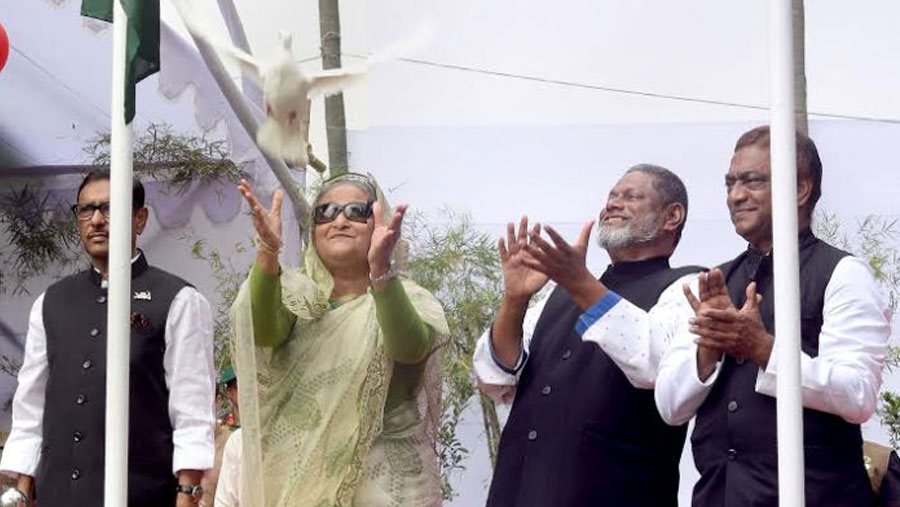 Prime Minister Sheikh Hasina inaugurated the 10th national council of Bangladesh Krishak League, an associate body of the ruling Bangladesh Awami League, this morning amid fanfare and festivity. The premier opened the council with releasing pigeons and balloons at the historic Suhrawardy Udyan in the city, local media reported.

Election of new central committee of the Krishak League will be held later at council session at Institution of Engineers, Bangladesh (IEB) auditorium in Dhaka.

On Apr 19 in 1972, Father of the Nation Bangabandhu Sheikh Mujibur Rahman founded Bangladesh Krishak League with the slogan of “Save the farmers, save the country”. Abdur Rob Serniabat was the founding president of Krishak League who was one of the martyrs of Aug 15, 1975 carnage.

The last council of the organization was held on Jul 19 in 2012. A 111-member committee was formed through the council making Motahar Hossain Molla as president and Shamsul Haque Reza as general secretary.