Chelsea fight back to draw with nine-man Ajax 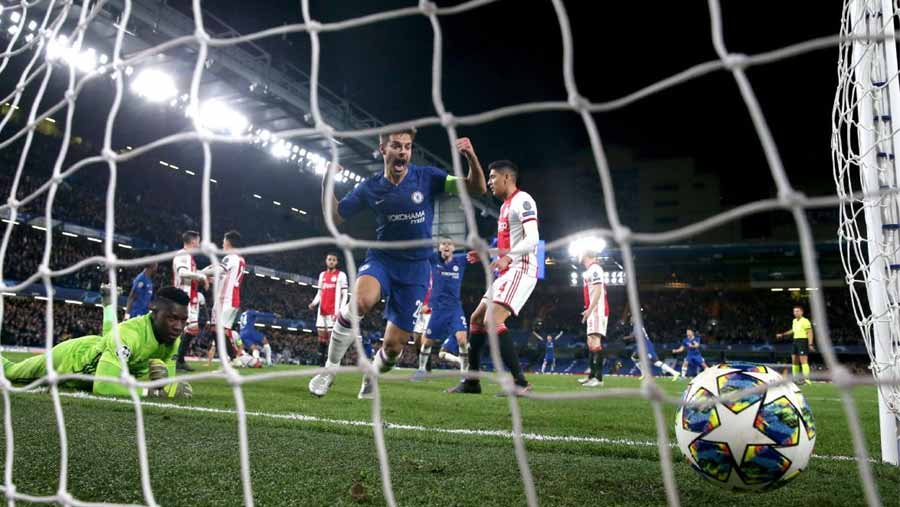 Chelsea battled to an incident-packed 4-4 draw with nine-man Ajax Amsterdam in the Champions League on Tuesday (Nov 5), with the hosts fighting back from 4-1 down after scoring two own goals.

Chelsea F.C. mounted a stirring fightback from 4-1 down to earn a crucial Champions League point as Ajax ended with nine men on a night of high drama at Stamford Bridge.

The Dutch champions, semi-finalists last season, were in calm control and looked on course for victory when Donny van de Beek gave them a three-goal lead 10 minutes after the break - but in a chaotic closing period Chelsea completed a remarkable recovery as the visitors lost their discipline.

Having pulled one back through Cesar Azpilicueta's close-range finish to make it 4-2, the game turned on its head in 60 seconds of high drama in the 68th minute.

Jorginho scored from the spot for the second time in the game to set up a frantic finale.

Substitute Reece James, 19, pulled Chelsea level and became the club's youngest Champions League goalscorer with a low strike from a rebound after Kurt Zouma had headed against the bar.

With the hosts pushing for a winner and backed by a buoyant crowd, Azpilicueta thought he had scored their fifth goal, only for the video assistant referee to intervene and detect a handball by Abraham.

It was an ending to match the game's opening, which featured two goals in the first four minutes, Abraham flicking Quincy Promes' free-kick into his own net before Jorginho equalised with his first penalty after Christian Pulisic was fouled.

Ajax retook the lead when Promes headed in a brilliant cross from Hakim Ziyech, whose free-kick from a tight angle led to the third goal as the ball came back off the post and went in after hitting home keeper Kepa Arrizabalaga in the face.

Van de Beek looked to have settled matters, finishing off from 12 yards when unmarked, only for Chelsea to rally in stunning style.

Both sides had chances in the closing moments but in the end settled for a draw which leaves them both level on seven points with Valencia, who beat Lille 4-1 in this extremely tight Group H.