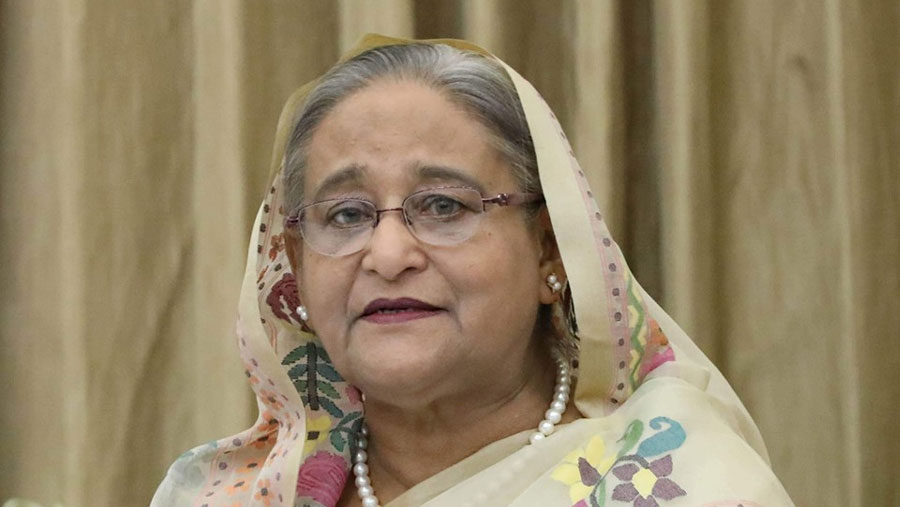 Prime Minister Sheikh Hasina on Tuesday (Oct 29) said her government launched a massive anti-graft campaign ignoring the suspected culprits’ background and urged people to wait to see their fate, trashing BNP suspicions that it was “eyewash”.

“It makes no difference whether one is close to us or not, whoever is found corrupt is being caught,” the premier told a press conference at her Ganabhaban official residence as asked for comments on the BNP allegations.

She added: “Let’s wait and see whether it is eyewash or not.”

The premier said it was rather BNP which knew it well the business of ‘eyewash’ as they adopted “corruption” as part of their policy.

The premier called the press conference in the afternoon to brief the media about her recent Azerbaijan visit to join the Non-Align Movement (NAM) Summit.

She said actions were underway against the corrupt elements linked to her own Awami League the way BNP chief Khaleda Zia and her son Tarique Zia were exposed to justice.

“All of them will be exposed to justice in phases . . . there is no doubt about it, but we’ll have to wait for that for some time,” she said.

The premier alleged that it was BNP’s founder Ziaur Rahman who initiated the culture of money laundering and loan defaults in the country alongside derailing the country’s meritorious students through giving them firearms to stage campus showdowns.

“Ershad went one step ahead (regarding corrupt practices) while his successor Khaleda Zia launched a shop like ‘Hawa Bhaban’ and started taking bribe in the name of development . . . but, no such thing happened after we assumed office,” she said.

Asked if she feared any backlash as the drive was underway against corruption, the premier said her dictionary did not contain any word called “fear”.

“I would not have started drive against corruption if I was afraid of it . . . I’m not a person to be sacred of anything,” she said.

Sheikh Hasina said her political background and commitment prompted her to launch the campaign pointing out that she was born and brought up in a political family and was involved in politics from her early life.

She said whenever the law enforcement agencies carried out the the drives, they did not consider the political backgrounds or affiliations of their suspects.

“I have already said, I should start from my own house, otherwise you’ll say that it’s is a politically-motivated campaign to harm someone,” said Sheikh Hasina, also the president of Awami League.

The premier, however, called BNP “mine of corruption” while they emerged in politics through corrupt means after the Father of the Nation’s 1975 assassination.

Asked if the corrupt elements beyond the political arena too would be exposed to justice, she said that these elements were not being held on any criteria as whenever any specific allegation was found against anyone, the accused were being arrested.

“A criminal is a criminal no matter he or she belongs to any party. Whoever will commit any crime, will be held,” she said.