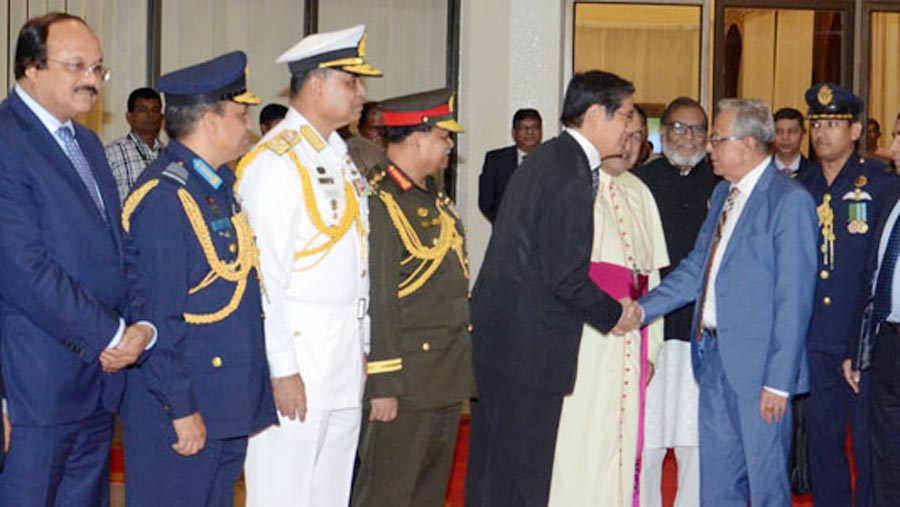 Liberation War Affairs Minister A K M Mozammel Haque, dean of diplomatic corps, Japanese envoy to Bangladesh, chiefs of the three services, prime minister’s principal secretary, public safety division senior secretary of home ministry and Consulate General of the Republic of Singapore in Dhaka, among others, received him at the airport.

Earlier, the head of the state in his two-nation trip to Japan and Singapore, reached Singapore on Oct 25, after ending his six-day official visit to Japan.

On Oct 20, Abdul Hamid joined the enthronement ceremony of Japanese new emperor, who formally declared his ascension as Japan’s 126th monarch in front of about 2,000 leaders and representatives from 174 countries and regions at the Imperial Palace in Tokyo.