Drive against corruption to continue: PM 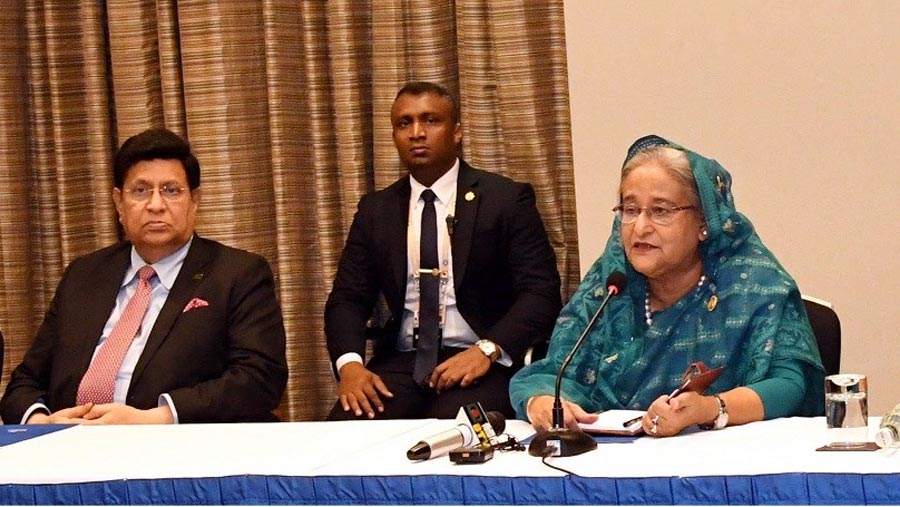 Prime Minister Sheikh Hasina on Saturday (Oct 26) reaffirmed that the drives against corruption, terrorism and drugs will continue as she is tirelessly working for the country's welfare.

"I am trying my best. As long I am alive, I will work for the county and it's welfare," she said.

The PM said this while speaking at a community event held at Hilton in Baku, local media reported.

Sheikh Hasina said the government is conducting drives against terrorism, corruption and drugs, and this will continue.

"And we are having good results," she said.

Shikh Hasina, also the chief of the ruling Bangladesh Awami League, said she likes to treat a criminal as a criminal.

"I think if I want to teach others something then it should start from my own house. I am now doing that. We are now conducting an anti-corruption drive," she said.

About the spreading of rumour and killing of some people, she said this is just a heinous act. "I have already said whoever commits the crime, the law will take its own course against him or her, no matter what political affiliation he or she holds."

She mentioned that the people of the country are witnessing that. "Even if any one from my party is involved in any crime, we ensure his proper punishment."

About the Rohingya issue, she said the government is continuing its discussion with Myanmar to send them back to their homeland. By the time, the government has prepared Bhashan Char for giving temporary shelters to one lakh Rohingya families.

"But many NGOs are not letting them to shift Rogingyas to that island, we have created a police station there. We will set up all necessary things for foreigners," she said.

Briefly describing various development activities of her government to develop the country, and put it in a dignified position, Hasina said it is the prime task of the government to make the country as Golden Bangladesh which was the dream of  Father of the Nation Bangabandhu Sheikh Mujibur Rahman.