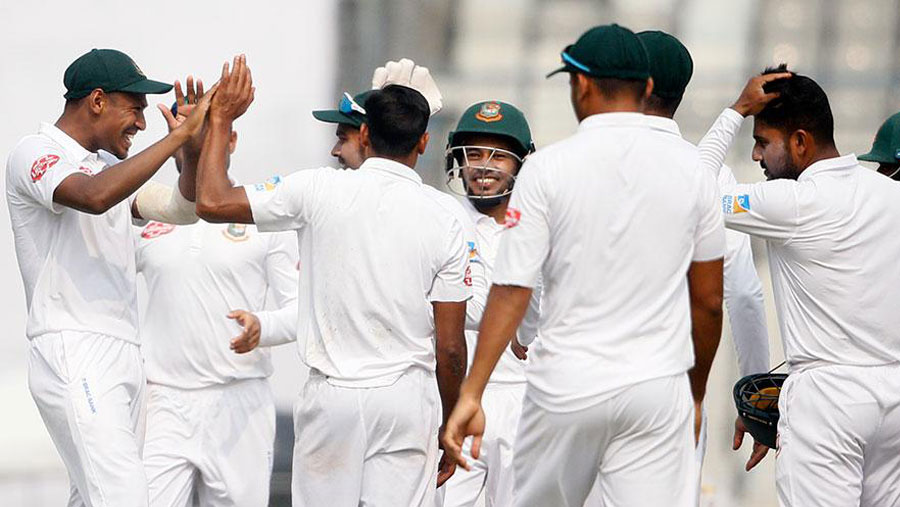 Bangladesh's top cricketers on Monday announced that they will abstain from all cricket-related activities until their 11-point demand, including a salary hike, is met by the Bangladesh Cricket Board (BCB). The national cricketers made the announcement at a press conference at the National Cricket Academy Ground in Mirpur. Bangladesh Test captain Shakib said the women team and age-level cricketers can also join the strike if they want.

Top Bangladesh cricketers called for strike to press their 11-point demand related to country’s cricket amid growing discontent with its cricket board. Protesting cricketers, at a press conference held Bangladesh Cricket Board (BCB) office in Mirpur, announced the programme on Monday (Oct 21), local media reported.

At the press conference, Test and T20I captain Shakib Al Hasan said that Bangladesh cricketers will no longer participate in any cricketing activities until the players demand is met by BCB.

The demands include improvement of payment structures and practice facilities in Dhaka Premier League, National Cricket League and Bangladesh Premier League, among others.

When contacted, BCB CEO Nizamudin Chowdhury said, they will discuss it in the board and try to resolve it through talks as soon as possible.

Bangladesh are scheduled to tour India for a three-match Twenty20 International series and a two-Test series, which starts on Nov 3.