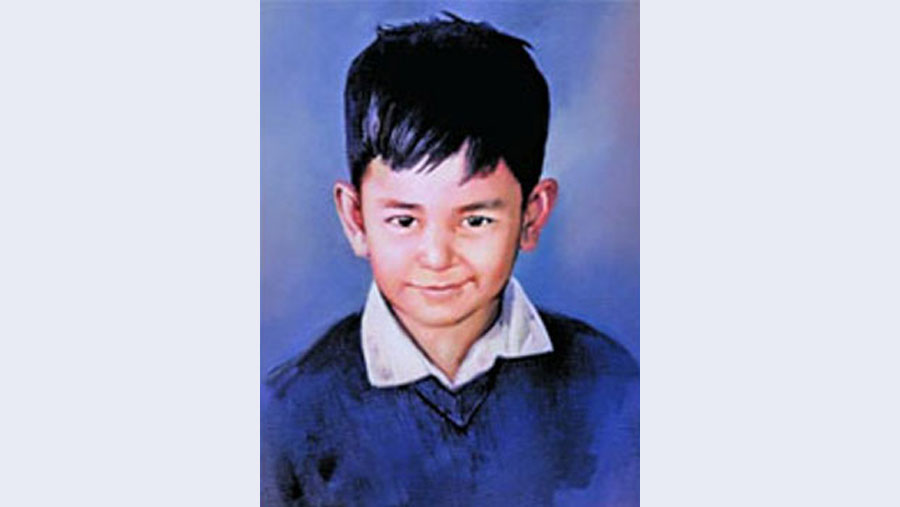 The 55th birthday of Shaheed Sheikh Russel, youngest son of Bangabandhu Sheikh Mujibur Rahman, will be observed on Friday (Oct 18).

Sheikh Russel, also youngest brother of Prime Minister Sheikh Hasina, was born on Oct 18 in 1964 at the historic Bangabandhu Bhaban at Dhanmondi, Dhaka.

Sheikh Russel was assassinated by the killers on Aug 15 in 1975.

He (Russel) was brutally killed along with most of his family members including his father Bangabandhu Sheikh Mujibur Rahman when he was a student of class four of University Laboratory School.

Different socio-cultural organisations including the associate bodies of the ruling Bangladesh Awami League have taken various programmes to observe the birthday of Sheikh Russel.

To mark the day, Awami League will place floral wreath on the graves of all martyrs, including Sheikh Russel, of the 15 August carnage in 1975 in the city’s Banani graveyard at 8 a.m. Besides, recitation of fateha, milad and doa mahfil will also be held by the party members.

Awami League General Secretary and Road Transport and Bridges Minister Obaidul Quader has requested the party leaders, activists, well-wishers, supporters and people from all spheres of life to observe the birthday of Sheikh Russel in a befitting manner, local media reported.