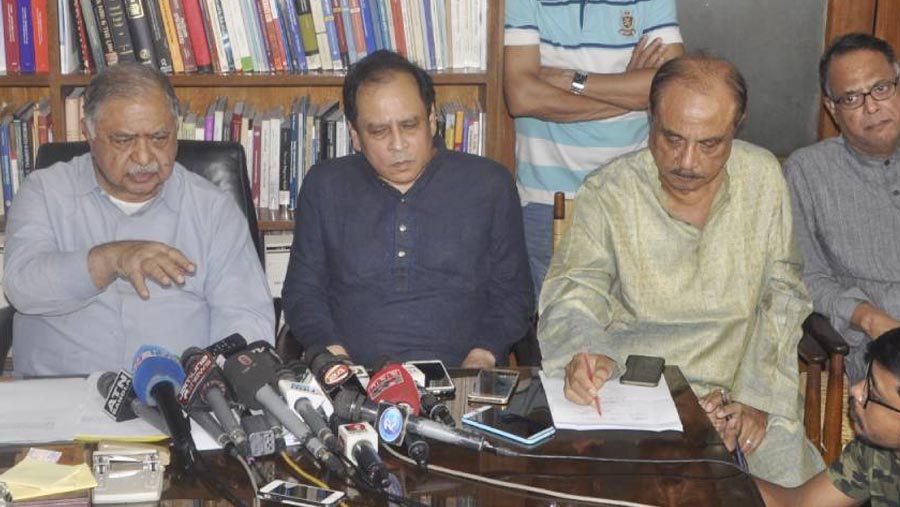 Jatiyo Oikyafront, led by Dr Kamal Hossain, on Wednesday (Oct 16) decided to hold a public rally at Suhrawardy Udyan in the city on Oct 22, protesting the murder of Bangladesh University of Engineering and Technology (BUET) student Abrar Fahad. The alliance will also launch a mass signature campaign both at home and abroad to register its protest against the murder of the meritorious student.

The decisions were taken at a meeting of the alliance’s steering committee held at Dr Kamal’s Motijheel chamber, local media reported.

Talking to reporters after the meeting, Dr Kamal said, “We all are worried about the country’s situation. People are also concerned as different dreadful incidents have taken place recently.”

Abrar Fahad, 21, a resident of Sher-e-Bangla Hall of BUET, was beaten to death allegedly by some Chhatra League leaders and activists of the university unit on Oct 7.