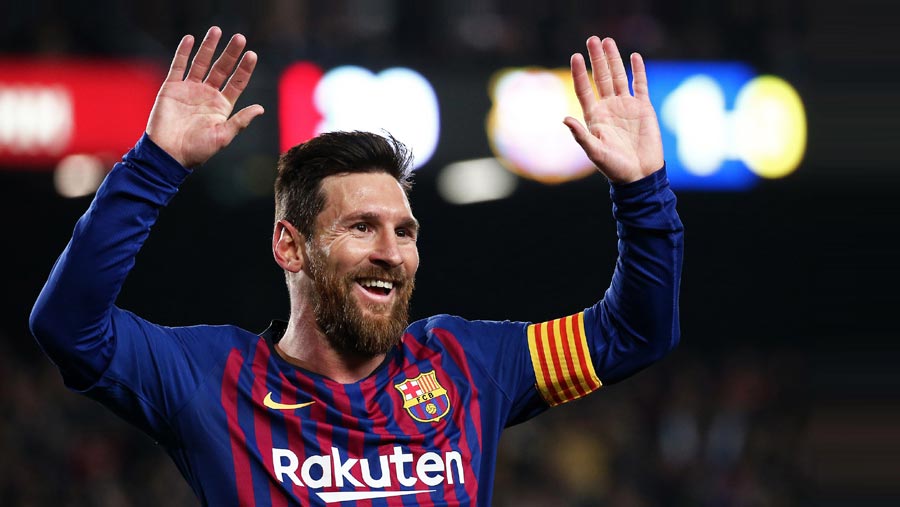 The Argentine, who won the men's top prize at last month's FIFA Best awards, has claimed the Golden Shoe for a sixth time after scoring 36 goals in 34 La Liga games last term. The prize goes to the player who tops the goalscoring charts across Europe's leading leagues during the 2018/19 season.

Lionel Messi accepted his Golden Shoe award for the 2018/19 season in Barcelona on Wednesday (Oct 16) afternoon.

A season that had seen him score 36 goals in 34 La Liga games, as well as three in the Copa del Rey and 12 more in the Champions League, making him the top scorer in the latter competition for the campaign.

With 51 goals in 50 games total, it also saw him score him score at least 50 in a season for the sixth time in his career.

Not bad for a player who is ostensibly an attacking midfielder.

In the week when his nemesis, Cristiano Ronaldo, managed to net his 700th official goal, thereby starting the usual arguments as to who is better - the Portuguese or the Argentinian - Messi found a way to hog the headlines again, as he so often does.