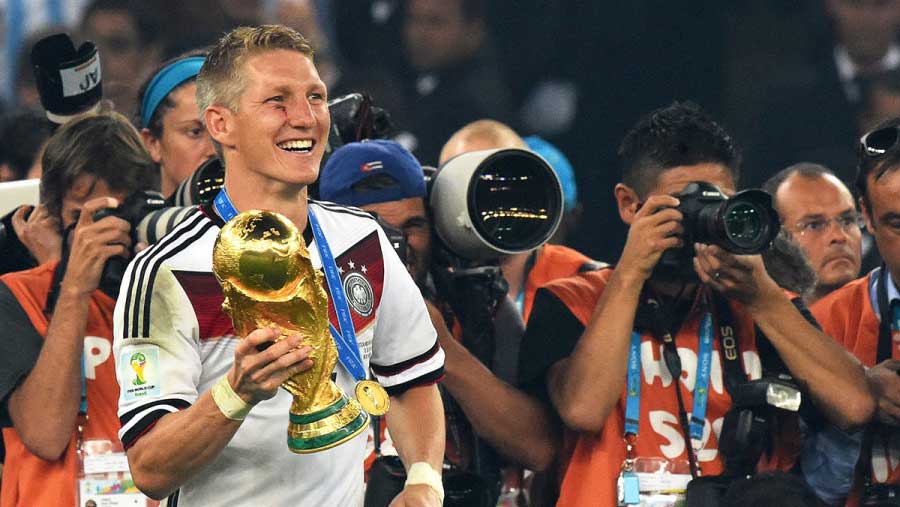 Bastian Schweinsteiger has announced his retirement from football. The 35-year-old played 121 times and scored 24 goals for Germany after making his debut as a 19-year-old in 2004, and was part of the squad that won the World Cup in 2014. At club level, Schweinsteiger played 500 times for Bayern Munich, where he won eight Bundesliga titles, seven German Cup titles and the Champions League in 2013.

Schweinsteiger spent a majority of his career with European giants Bayern Munich, where he won eight Bundesliga titles and seven German cups as well as the Champions league in 2013.

The German netted 24 times for his national side in 121 appearances and was a part of the 2014 World Cup-winning side.

Schweinsteiger wrote, "Saying goodbye as an active player makes me feel a little nostalgic, but I am also looking forward to the exciting challenges that await me soon."

After leaving Bayern Munich in 2015, Schweinsteiger made 18 appearances for Manchester United where he won the League Cup and the FA Cup. He finished his career with Major League Soccer's Chicago Fire, where he made 85 appearances and scored eight times.