Nobel prize in physics awarded for work on cosmology 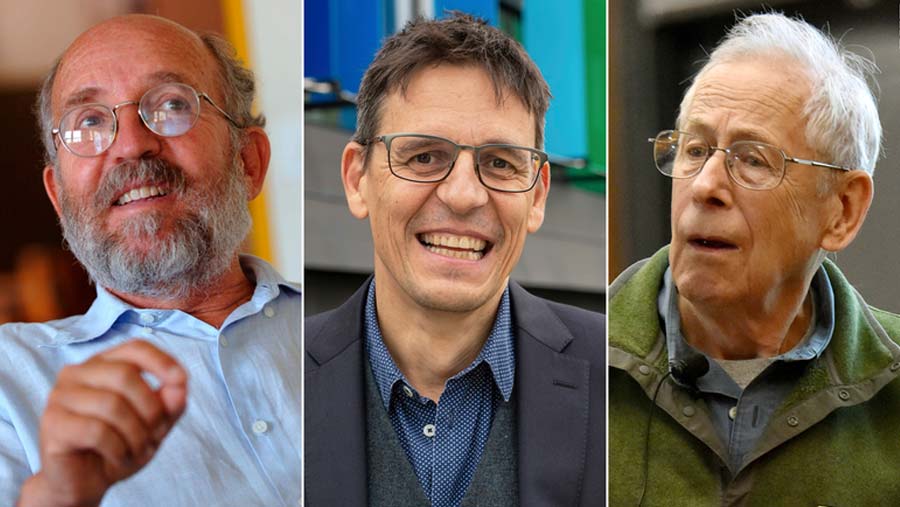 Canadian-American cosmologist James Peebles and Swiss astronomers Michel Mayor and Didier Queloz on Tuesday (Oct 8) won the Nobel Physics Prize for research that increases the understanding of our place in the universe.

Peebles won one-half of the prize ‘for theoretical discoveries that have contributed to our understanding of how the universe evolved after the Big Bang,’ professor Goran Hansson, secretary general of the Royal Swedish Academy of Sciences, told a press conference.

Mayor and Queloz shared the other half for the first discovery, in October 1995, of a planet outside our solar system - an exoplanet - orbiting a solar-type star in the Milky Way.

‘Their discoveries have forever changed our conceptions of the world,’ the jury said.

Developed over two decades since the mid-1960s, Peebles’ theoretical framework is ‘the basis of our contemporary ideas about the Universe.’

Peebles built upon Albert Einstein’s work on the origins of the Universe by looking back to the millenia immediately after the Big Bang, when light rays started to shoot outwards into space.

Using theoretical tools and calculations, he drew a link between the temperature of the radiation emitted after the Big Bang and the amount of matter it created.

His work showed that the matter known to us - such as stars, planets, and ourselves - only make up five percent, while the other 95 are made up of ‘unknown dark matter and dark energy.’

‘This is a mystery and a challenge to modern physics,’ the academy said.