President urges all to make ongoing drives a success 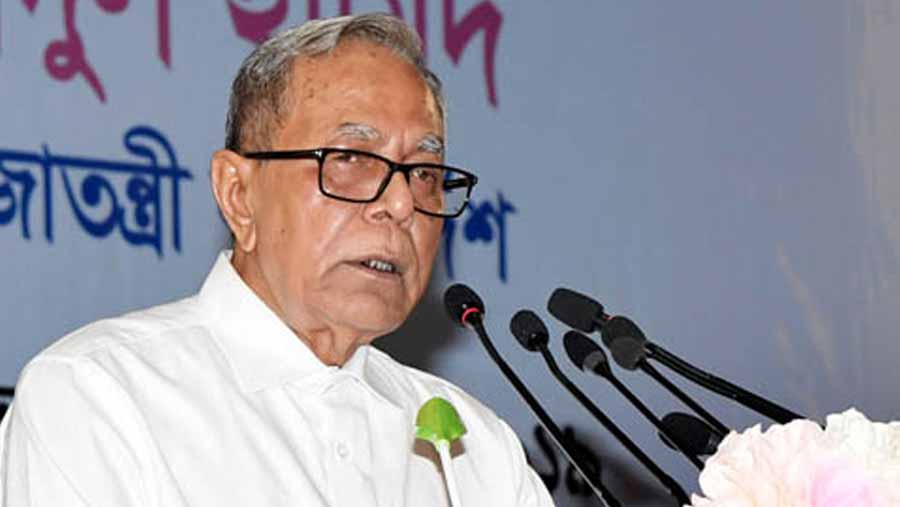 Terming corruption as one of the major obstacles to socio-economic development, President Md. Abdul Hamid on Tuesday (Oct 8) urged all to come forward to make the ongoing drives against militancy, drugs, extortion, gambling and corruption a success.

President Hamid made the call at a reception hosted for the members of the Hindu community at Bangabhaban, marking Durga Puja, local media reported.

"Everyone should take an oath to eliminate injustice and corruption from society the keeping this principle - ‘Won’t do wrong myself, nor do allow others’ in mind '. Then the country will move forward and peaceful society will be established," he said.

He said that Durga Puja is not only a religious festival but also a social festival.

"All, regardless of religions and caste, celebrate the festival. This festival creates a bridge of harmony among people. It becomes a universal festival with participation  of all," he added.

The President also urged everyone to play their vital role from their respective position to prevent evil activities from the society for building a peaceful society.

Mentioning the existing communal harmony as a tradition of Banglaees, President Hamid said the tradition must continue through combined efforts of all for our overall development.

Abdul Hamid and his wife Rashida Khanom also exchanged greetings with the guests.