Sarabia stars for PSG in 4-0 win vs Angers 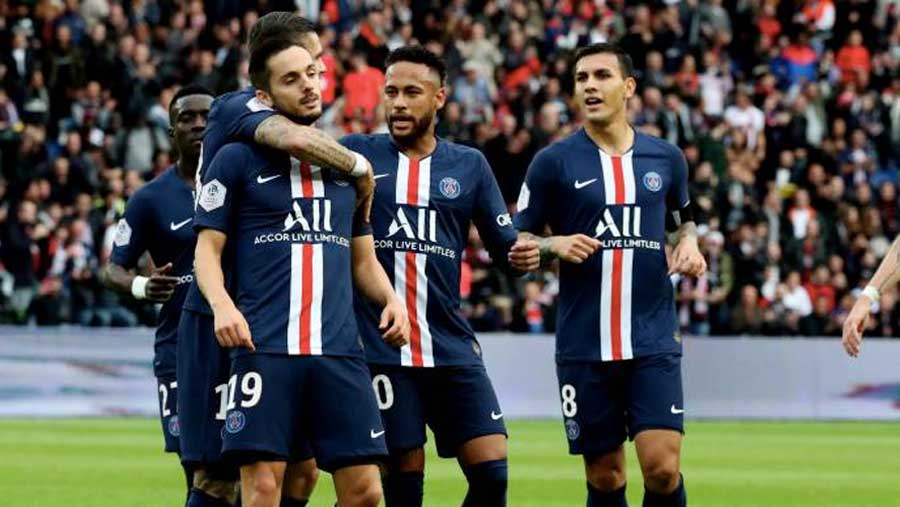 Pablo Sarabia starred in the absence of injured Kylian Mbappe to help Paris Saint-Germain to a 4-0 win over Angers in the French league on Saturday (Oct 5).

Sarabia scored one goal and set up two more with Neymar completing the rout late as PSG kept a two-point lead over Nantes, which beat Nice 1-0 with an 86th-minute goal by Moses Simon. Angers is in third place, five points behind PSG.

Mbappe, who recently returned from a month out with a thigh injury, was forced to watch from the stands after suffering a reaction in the midweek win against Galatasaray in the Champions League.

Sarabia opened the scoring in the 13th minute after a solo run, but PSG also needed a fine display from goalkeeper Keylor Navas to deny the visitors.

Angers forward Rachid Alioui failed to make the most of a one-on-one with Navas, who pushed Baptiste Santamaria's effort away in the 34th.

Neymar was involved in the 37th when he sent Sarabia through on the right. The Spanish winger cut the ball back for Mauro Icardi to hammer it under the crossbar for his first goal for PSG in the French league.

Angers coach Stephane Moulin was booked for his reaction.

Idrissa Gueye effectively sealed the result in the 59th, poking home from close range on a rebound after Sarabia's second effort went wayward. The first was cleared before the line.

Neymar, who had already gone close, finally scored in the last minute when he took Eric Maxim Choupo-Moting's pass and rounded the goalkeeper before slotting into the empty net.

Elswhere, Montpellier moved to sixth place with a 3-1 win over Monaco, which played with 10 men from the 81st as Russian midfielder Aleksandr Golovin was sent off with a second yellow card.