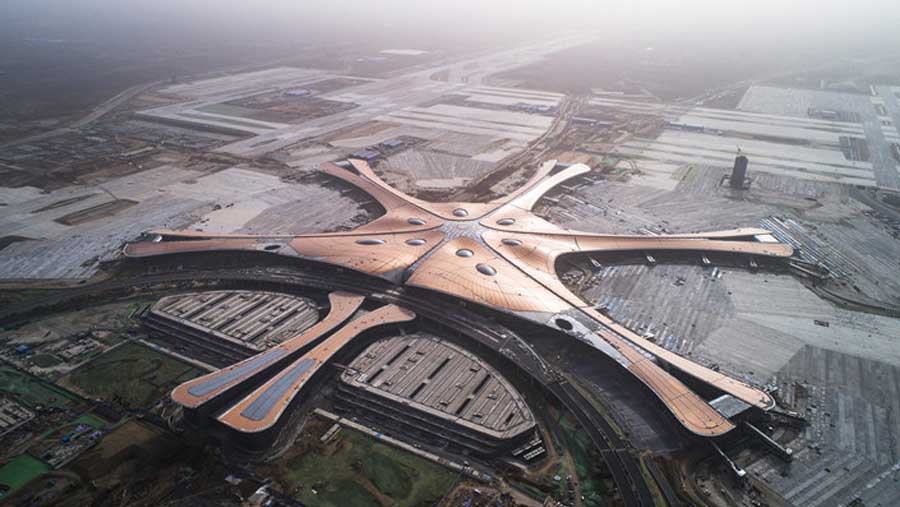 China is poised to open a new mega-airport to the south of Beijing, already home to the world's second-busiest aviation hub, ahead of the 70th anniversary of the People's Republic.

Beijing Daxing International Airport (PKX) will see its first commercial flight take off around Sep 20, according to Chinese state media, with main tenant China Southern planning to deploy an Airbus A380, the world's biggest airliner, for the maiden journey.

The greatly anticipated airport ushers in a new era for air travel to and from the Chinese capital, which has been in desperate need of a second global gateway.

In 2018, more than 100 million travelers passed through its three terminals -- making it only the second airport in the world to cross that passenger traffic milestone, after Hartsfield-Jackson Atlanta. China is projected to overtake the United States as the world's biggest air travel market by 2022.