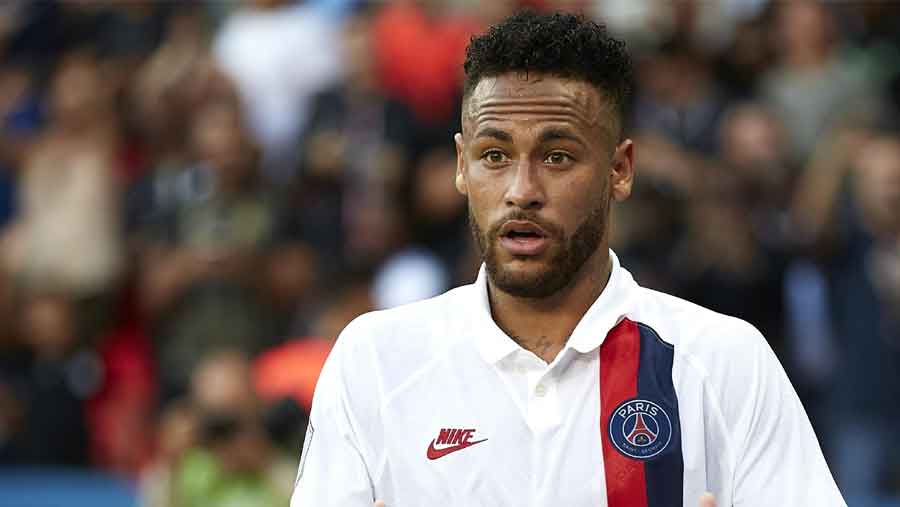 Neymar has had his three-match Champions League ban cut to two games by the Court of Arbitration for Sport (CAS). The Paris Saint-Germain forward was found guilty of abuse on social media by UEFA back in March and after the club's appeal to UEFA was dismissed, the Ligue 1 champions appealed to CAS, who reduced the ban on Tuesday (Sep 17), reports said.

Paris Saint-Germain forward Neymar's three-game European ban for insulting match officials has been cut to two by the Court of Arbitration for Sport. The 27-year-old was charged by UEFA after PSG's Champions League exit at home to Manchester United on Mar 6.

Neymar called the award of a decisive 94th-minute Man United penalty in the last-16 second leg-tie "a disgrace".

He will miss the games against Real Madrid and Galatasaray but can return to face Club Bruges on Oct 22.

PSG took the case to CAS after UEFA rejected their appeal against the ban. CAS says it will publish the reasons behind their ruling in a few weeks.

Neymar was injured with a broken metatarsal and missed both legs of the tie against United.

Referee Damir Skomina reviewed footage of a Diogo Dalot shot striking the hand of PSG defender Presnel Kimpembe before awarding the visitors the injury-time spot kick having initially given a corner.

Marcus Rashford's penalty ensured a 3-1 win in Paris for United, who went through to the Champions League quarter-finals on away goals after the tie ended 3-3 on aggregate.

Neymar wrote on social media: "It's a disgrace. Four guys who know nothing about football watch a slow-motion replay in front of the television.

"What can he do with his hand while his back is turned?"