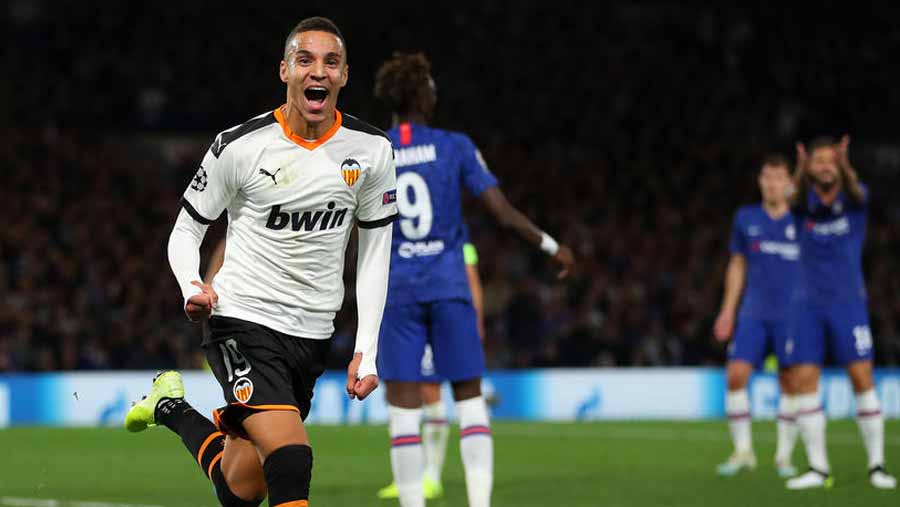 Chelsea FC opened their 2019-20 Champions League campaign with a 1-0 defeat to Valencia at Stamford Bridge on Tuesday (Sep 17). Rodrigo scored the winner in the 74th minute to bank three points for Los Ches and help send them to second place in Group H. Ross Barkley missed a penalty for Chelsea in the 87th minute that would've drawn the Blues level.

Frank Lampard's first game as a manager in the tournament he won as a player with Chelsea in 2012 turned into a night of frustration as Valencia took advantage of slack marking at a free-kick for Rodrigo to score the winner on 74 minutes.

Chelsea, who lost in-form youngster Mason Mount to injury early on, had the chance to rescue a point when referee Cuneyt Cakir awarded a penalty for handball after consulting VAR when Daniel Wass blocked Fikayo Tomori's header.

Barkley had only come on as a substitute eight minutes earlier but insisted taking the spot-kick instead of the Blues' regular taker Jorginho and Willian, who argued his own case to take it before relenting.

It was a tight and tense encounter with chances at a premium Group H, which also includes Lille and last year's semi-finalists AFC Ajax, has got even tougher for Chelsea after starting their campaign with a damaging home loss.