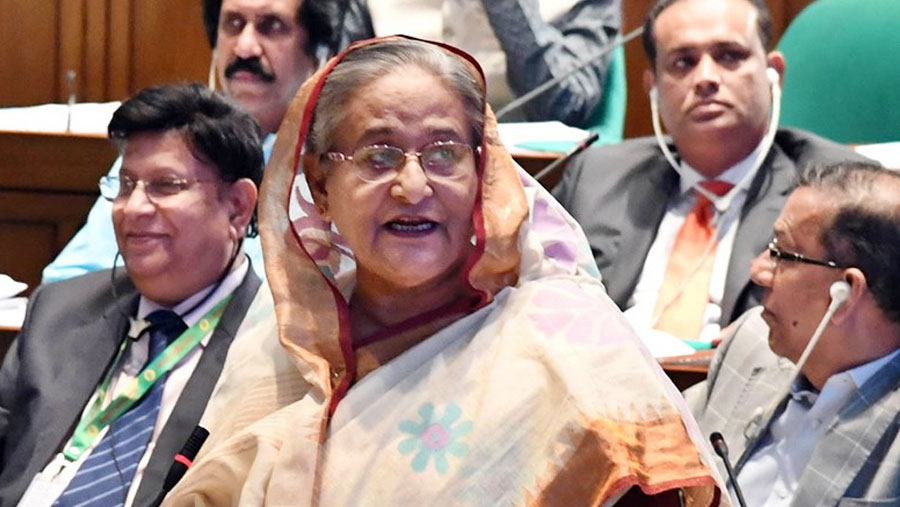 Prime Minister Sheikh Hasina on Wednesday (Sep 11) expressed the hope to have a positive response from India over different unresolved issues, including the Teesta water-sharing one, before her visit to the neighbouring country in early October.

“We’re optimistic that the unresolved issues between the two countries will be sorted out soon. We hope we’ll get positive results over the aforesaid issues before my visit to India,” she told Parliament responding to a starred question from opposition Jatiyo Party MP Mujibul Haque (Kishoreganj-3).

The Prime Minister is scheduled to visit India on Oct 3-6 next to attend the India Economic Summit of the World Economic Forum to be held in New Delhi on Oct 3-4 with the theme ‘Innovating for India; Strengthening South Asia, Impacting the World’.

Sheikh Hasina and her India counterpart Narendra Modi are scheduled to sit in a bilateral meeting on Oct 5.

Hasina also said she will talk to Narendra Modi over the issue of water sharing of common rivers, including Teesta, during her visit to India, local media reported.