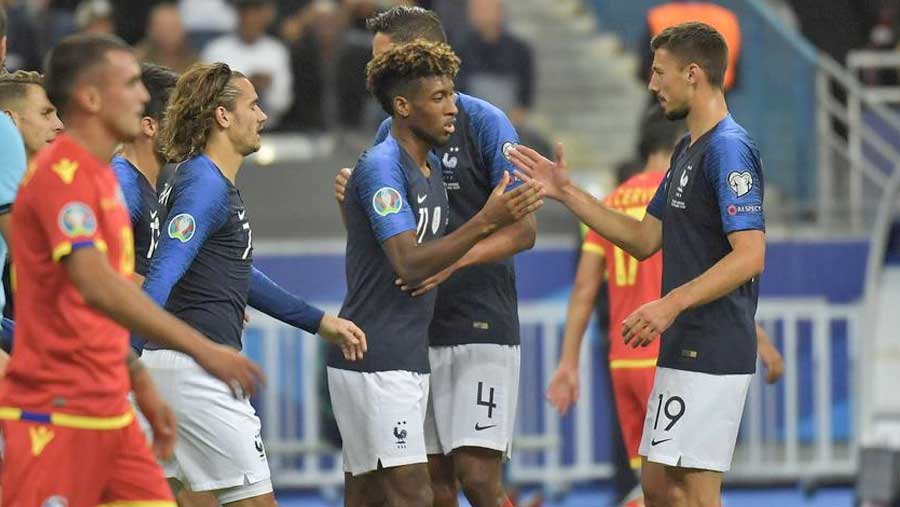 France forward Kingsley Coman grabbed his third goal in two matches as he inspired the hosts to a 3-0 win against Andorra in their Euro 2020 Group H qualifier on Tuesday (Sep 10).

Griezmann hit the crossbar with a spot-kick in the 4-1 win over Albania on Saturday.

Andorra have lost every single one of the 56 European Championship qualifiers they have played in.

France slip to second place in Group H despite their win, with Turkey beating Moldova 4-0 to go top by virtue of their head-to-head record against the world champions.

Iceland are three points behind the pair after losing 4-2 in Albania, who are six points below the two automatic spots.