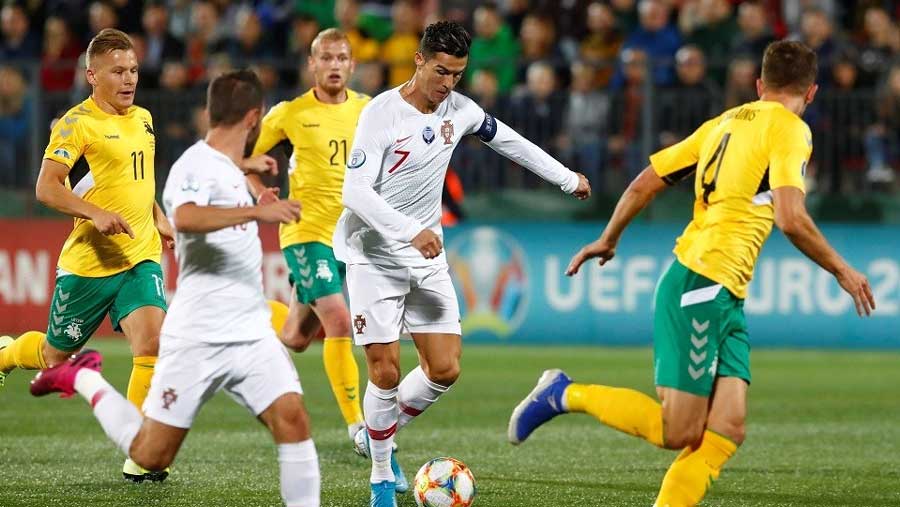 Portugal captain Cristiano Ronaldo took his international tally to 93 goals when he scored four times to give the European champions a 5-1 win away to Lithuania in their Euro 2020 qualifier on Tuesday (Sep 10). Playing in his 161st international, the 34-year-old notched his eighth hat-trick for his country and the 54th of his remarkable career to help Portugal through what had threatened to turn into a frustrating evening.

The result keeps Portugal in an automatic qualifying place, five points behind Group B leaders Ukraine.

It was an eighth international hat-trick for 34-year-old Ronaldo, who also scored four against Andorra in 2016.

Serbia moved up into third place in the group with a 3-1 win at Luxembourg, with Aleksandar Mitrovic scoring twice.