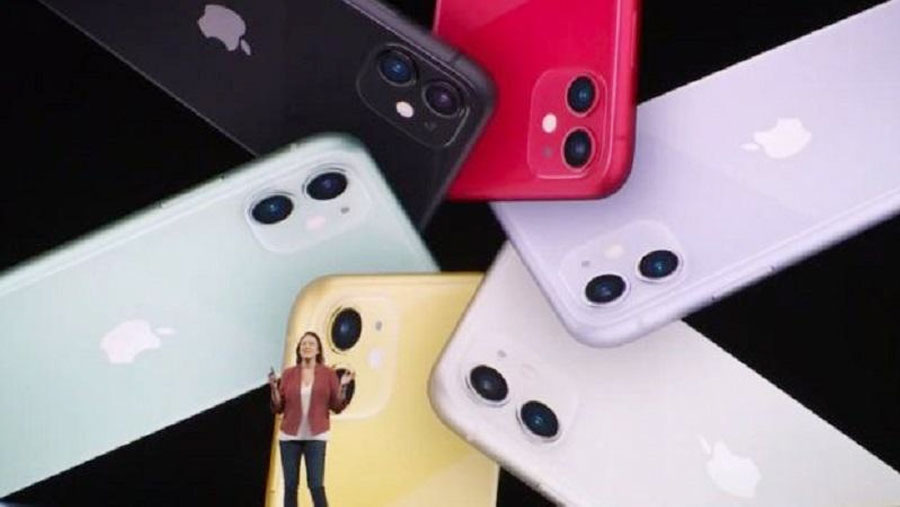 Apple has finally revealed the newest designs in its iPhone lineup. The firm unveiled the iPhone 11 at the Steve Jobs Theater in Cupertino on Tuesday (Sep 10), showing off a $699 mid-range handset with a 6.1-inch display that will come in six colors: purple, white, yellow, green, black, and Product Red. Apple also showed off its new premium models, the iPhone 11 Pro and Pro Max, which come with either a 5.8-inch or 6.5-inch display and will be available starting at $999 and 1099, respectively. Pre-orders for iPhone 11, Pro and Pro Max will begin Friday (Sep 13), reports said.

Apple has unveiled its iPhone 11 range of handsets, which feature more cameras than before and a processor that has been updated to be faster while consuming less power.

The company said the two Pro models would last between four to five hours longer than their XS predecessors. But it did not launch a 5G model, and some rumoured features were missing.

Apple also revealed a new version of its smartwatch, which features an "always on" display for the first time.

The Series 5 Watch adjusts how often it refreshes the screen to as little as one frame per second as well as dimming the image to promise the same 18-hour battery life as the previous version.

It also introduces a compass as well as the option of a titanium case. Its new operating system will alert owners to when nearby noise rises to risky levels, and adds menstrual cycle-tracking.

Apple currently accounts for 49% of the global smartwatch market, according to research firm IDC.

It is also the UK's top-selling smartphone brand by a wide margin.