Afghanistan beat Tigers for 2nd victory in their 3rd Test 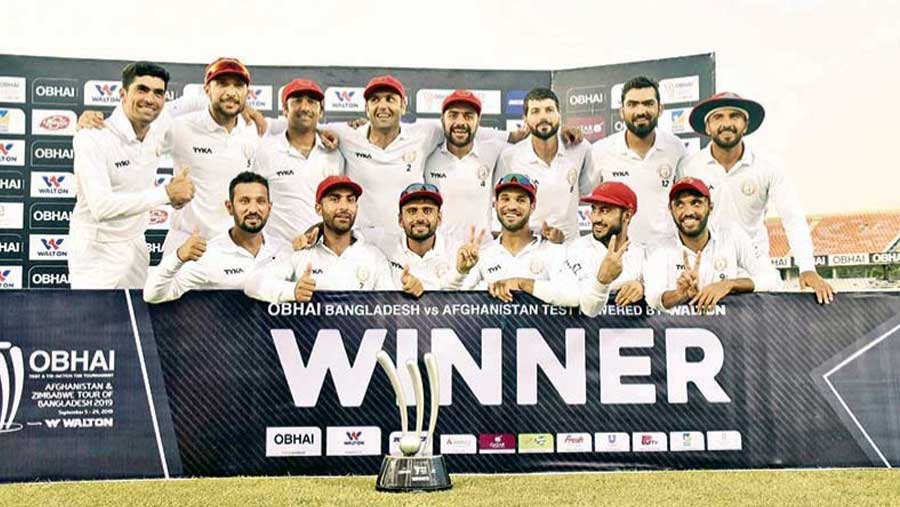 Afghanistan's Rashid Khan became the youngest captain to win a Test as his side beat Bangladesh to record their second win in their third Test match.

Rashid, 20, took 11 wickets and scored a first-innings half century as the visitors won by 224 runs in Chattogram.

Afghanistan were awarded Test status in 2017 and lost to India before defeating Ireland in their first two matches.

They are the joint-quickest nation to reach two Test wins after Australia managed the feat back in 1879.

After rain delayed play at the start of the final day on Monday (Sep 9), eventually restarting at 16:40 local time, Zahir Khan removed Shakib Al Hasan with the first ball while Rashid fittingly claimed the final wicket to seal a memorable win for Afghanistan.

Having chosen to bat first, Rahmat Shah hit a first-innings 102 while Asghar Afghan contributed 92 and Rashid 51 on his captaincy debut as the visitors made an initial 342.

Rashid, named captain for all three formats in July, decimated the Tigers' middle order with 5-55 and Mohammad Nabi - making his farewell appearance - took 3-56 as Bangladesh struggled to a first-innings total of 205.

Ibrahim Zadran produced 87 runs as the hosts' Shakib took promising early wickets, but the rain delay could not prevent Bangladesh falling to defeat as Soumya Sarkar was caught by Zadran for Rashid's sixth wicket of the innings with 3.2 overs remaining.

Rashid was duly named Player of The Match.