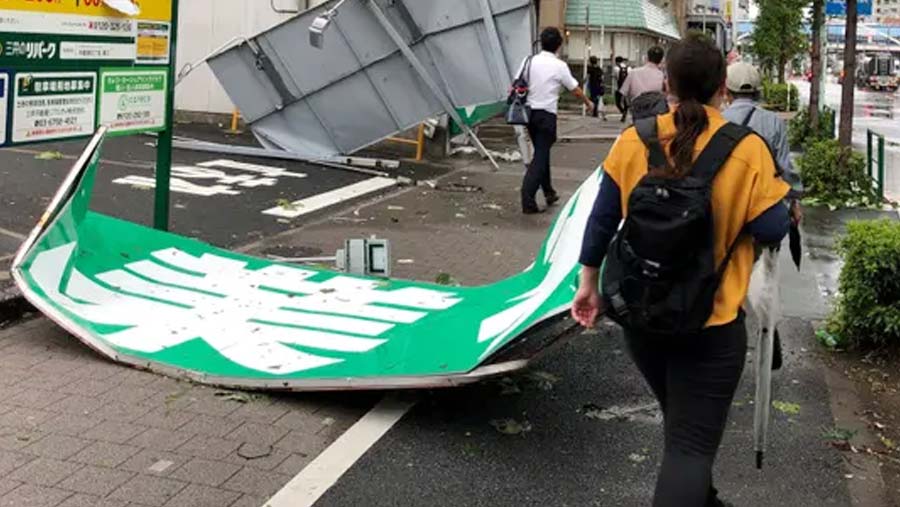 More than 900,000 homes have been left without power after Typhoon Faxai made landfall near Tokyo. With winds of up to 210km/h (130mph), Faxai is one of the strongest typhoons to hit the Japanese capital in a decade.

The entire city of Kanagawa lost power at one stage, and authorities warned against going outside.

As the storm approached, non-compulsory evacuation warnings were issued to more than 390,000 people in Kanagawa, Shizuoka and Tokyo prefectures.

No casualties have so far been reported.

The storm comes as Japan prepares to host the Rugby World Cup, which is expected to draw more than 400,000 overseas visitors.

Typhoon Faxai is now moving back out towards the Pacific, but there is still a risk of flooding and landslides. Japan's severe weather comes after aa separate powerful typhoon swept over the Korean peninsula at the weekend, leaving eight people dead.

There are fears the storm could worsen severe food shortages in the country.