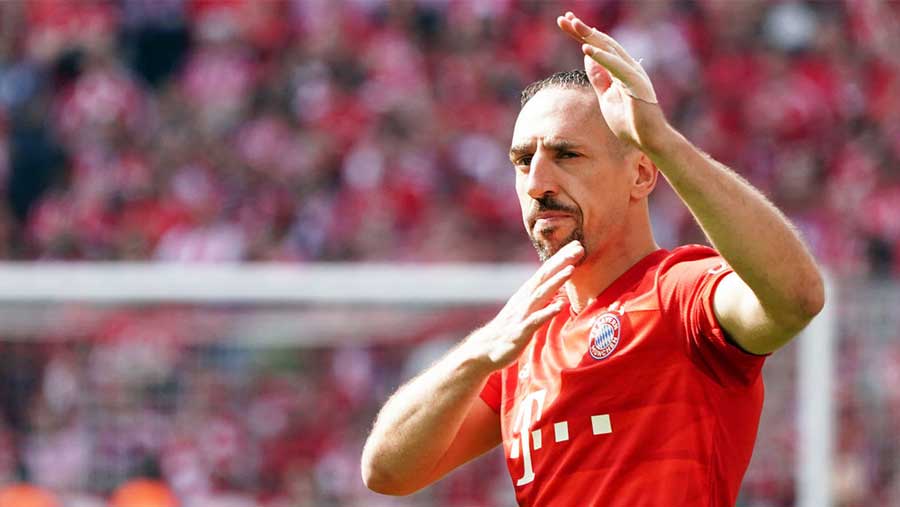 Former Bayern Munich winger Franck Ribery has joined Fiorentina on a free transfer. Ribery, 36, became a free agent in the summer after 12 years at the Bundesliga club. The Frenchman joined the German side in 2007 and made 425 appearances, winning nine Bundesliga titles and the Champions League in 2013.

Franck Ribery has joined Fiorentina on a free transfer, after leaving Bayern Munich at the end of last season.

The Serie A side confirmed the French winger’s arrival on their official website, adding that Ribery will be presented at a press conference on Thursday (Aug 22), before his official unveiling at the Stadio Artemio Franchi that evening.

Earlier on Wednesday, the club had posted live footage of the 36-year-old arriving in Florence by private jet. Wearing the team’s purple shirt and holding up a scarf, Ribery said “I’m happy. Fiorentina are a big team, in a beautiful city.”

He added that his former Bayern teammate, Luca Toni, had encouraged him to move to Florence.

Kevin-Prince Boateng, who joined Fiorentina from Sassuolo this summer after his loan spell at F. C. Barcelona ended, tweeted a picture of himself with Ribery, captioned “he is here … welcome mon frere”.

Ribery spent 12 years at Bayern Munich after joining from Marseille in 2007 and won nine Bundesliga titles, six German Cups and the Champions League in 2013. The winger has 81 France caps, scoring 16 international goals.

Fiorentina finished 16th in Serie A last season, only narrowly avoiding relegation, but were bought by Rocco Commisso, CEO of cable TV company Mediacom, in June.