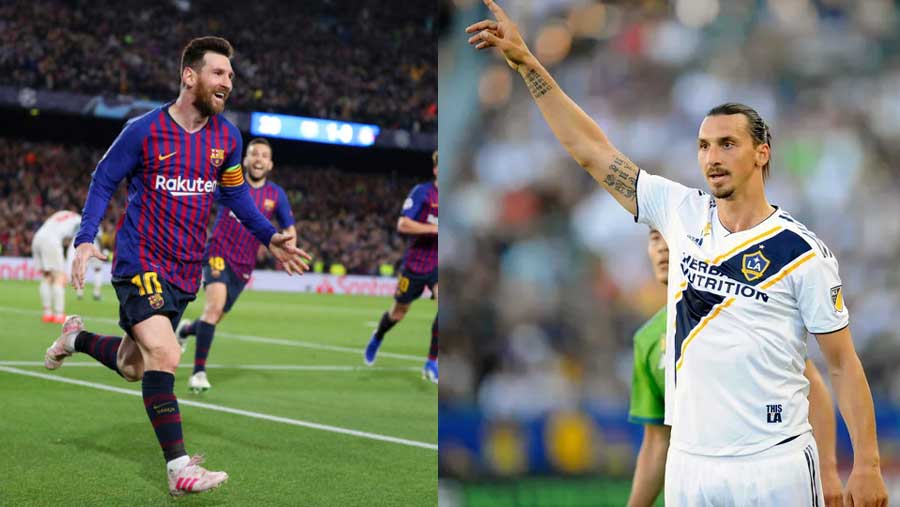 LA Galaxy forward Zlatan Ibrahimovic and F. C. Barcelona's Lionel Messi are among the 10 nominees for the 2018-19 Puskas award, the honour for the season's best goal.

FIFA has released the 10-player shortlist of nominees for the 2019 Puskas Award, the annual prize handed each year to individual who scores the 'most beautiful' goal of the year.

All goals under consideration were scored between 16 July 2018 and 18 July 2019 inclusive, with seven men and three women on the shortlist, the highest number of female nominees in a single year to date. As yet, no woman has ever won the Puskas Award.

Crystal Palace's Andros Townsend makes the list for his thunderbolt effort against Manchester City last season, as does Zlatan Ibrahimovic for his wonderfully improvised finish for LA Galaxy against Toronto FC back in September.

The full list of 2019 Puskas Award nominees are as follows:

Fans will have until midnight on Sep 1 to cast their vote. The public vote will then close and the overall winner will be chosen from the top three by a panel of FIFA Legends.

The winner will be announced at the Best FIFA Football Awards gala in Milan on Sep 23.