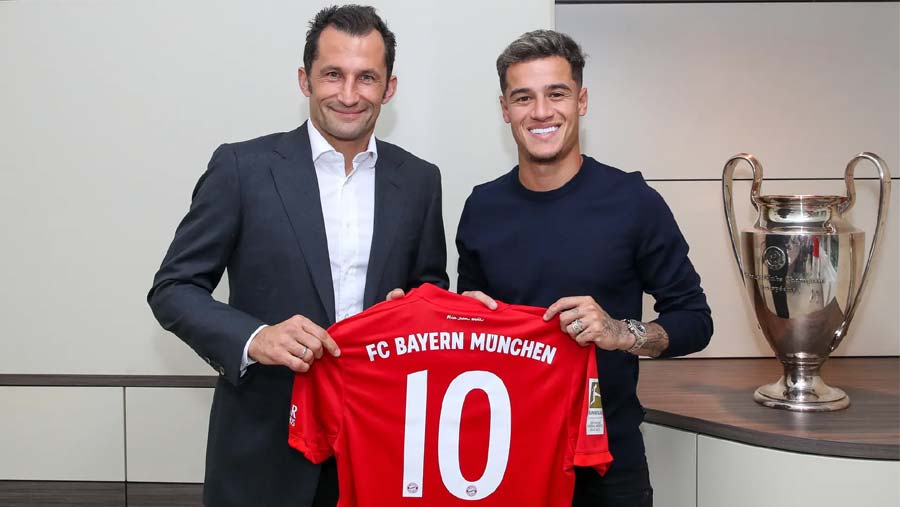 Bayern Munich completed the loan signing of Brazil playmaker Philippe Coutinho from F. C. Barcelona on Monday (Aug 19). The German club said the 27-year-old Coutinho passed a medical examination on Sunday and signed a contract through June 2020, when it has the option of making the loan permanent.

Bayern Munich have signed attacking midfielder Philippe Coutinho from F. C. Barcelona on a season-long loan deal which includes an option to buy.

"Coutinho made it very clear to us during the negotiations that he really wanted to switch to Bayern," Bayern sporting director Hasan Salihamidzic said.

"He's a world-class player with great ability who can play in various positions in attack."

Though Coutinho failed to live up to expectations after joining Barcelona in 2018 for a club-record transfer from Liverpool worth 160 million euros (then $192 million), his arrival in Germany has also been welcomed by Bayern's club rivals.

"You can only congratulate Bayern. It's good when such a name plays in the Bundesliga," Borussia Dortmund chief executive told German daily Bild.