Bale is going to stay at Madrid, says Zidane 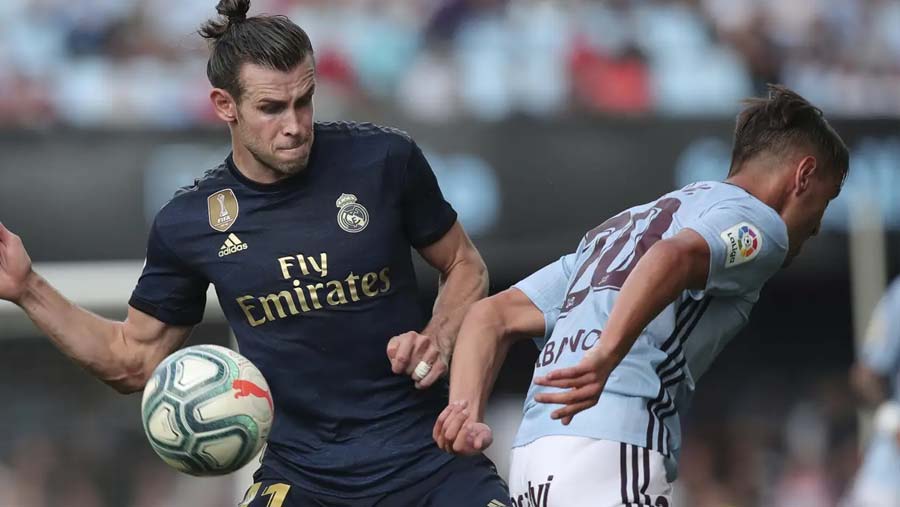 Real Madrid coach Zinedine Zidane says Gareth Bale will not leave the club before the end of the Spanish transfer window on Sep 2.

Bale helped Real Madrid get off to a strong start in La Liga as he set up Karim Benzema for the opening goal in Los Blancos' 3-1 win at Celta Vigo on Saturday (Aug 17).

The Welsh winger was handed a starting spot at Balaidos after Eden Hazard was ruled out through injury on Friday and the former Tottenham midfielder was challenged by Zidane in the Frenchman's pre-mach press conference to "make life difficult" for him in terms of selection.

And after the game in Galicia, Zidane told Movistar La Liga: "He is here, like all of the players. I'm happy with his match. He is going to stay."

In the press room, he was asked again about the 30-year-old and said: "We spoke before the game to say he was going to stay and all the players we have now, we are thinking only of the season. The game Gareth had, all of them, I think they all played a great game. I think he and all of the players are thinking about staying and about playing."

Bale had been close to a move to China last month and Zidane said at the time he hoped the matter would be sorted quickly, but that transfer fell through and with the Premier League window now closed, there do not appear to be many options for an exit this summer.

"Nothing has changed," Zidane said. "We are here to start the season and I believe that Gareth, James [Rodriguez] and all of the players who are here are thinking of that and of doing the best they can to defend this shirt."