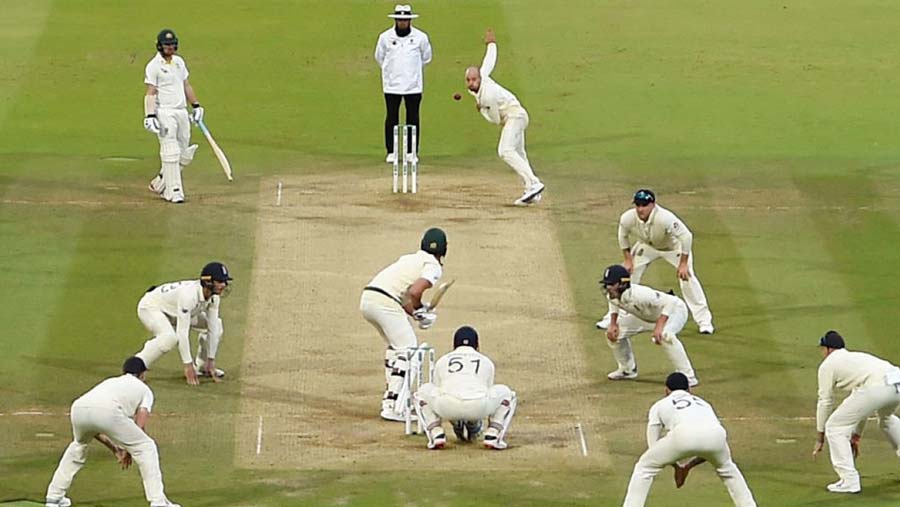 Ben Stokes smashed an unbeaten 115 but Australia managed to cling on for a draw at Lord's to stay 1-0 up in the five-match Ashes series.

England had to settle for a draw in the second Ashes Test, but not before Australia were given a huge fright by a Ben Stokes century and another electric Jofra Archer spell on a gripping final day at Lord's.

With the light fading and the tension rising, Archer tore in and spinner Jack Leach had the ball spitting from the rough, but Travis Head and Pat Cummins saw the tourists to 154-6.

Stokes' unbeaten 115 allowed England to declare on 258-5, setting Australia an unlikely 267 to win.

The visitors were without premier batsman Steve Smith, who was withdrawn from the match with a concussion sustained when he was hit by Archer on Saturday.

Then, with the second ball he bowled to Marnus Labuschagne - the concussion substitute who replaced Smith - Archer dealt another vicious blow to the grille of the batsman's helmet with a delivery clocked at 91.6mph.

Labuschagne bravely battled to 59, but when he was contentiously caught by Joe Root off Leach, it began an Australia slide that also included an outrageous, acrobatic grab by Joe Denly to remove Tim Paine.

However, the light became so poor that Archer was prevented from bowling the final two overs from the Pavilion End and Australia kept their 1-0 lead intact.

They will retain the Ashes if they win the third Test at Headingley, which begins on Thursday (Aug 22).