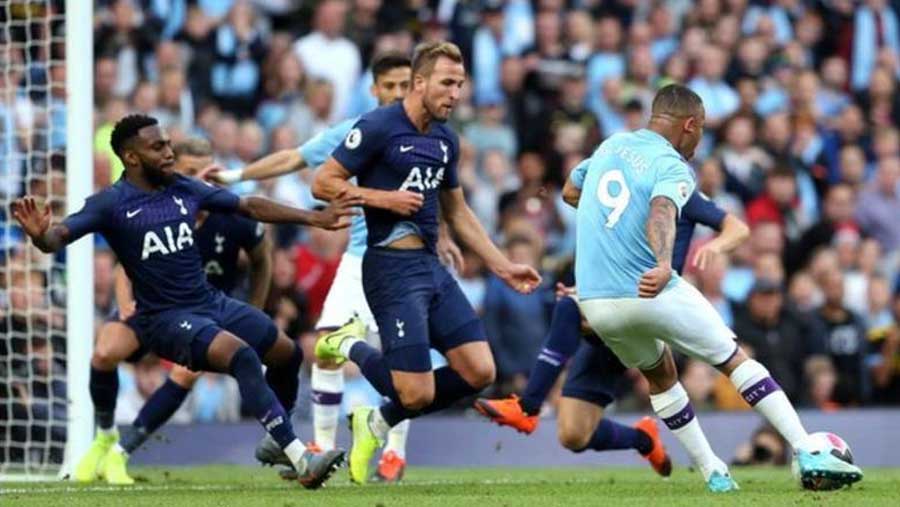 Substitute Gabriel Jesus had an injury-time goal ruled out by VAR as Tottenham Hotspur left Manchester City with a 2-2 draw, scoring with their only two shots on target.

Jesus looked to have extended Man City's winning Premier League run to 16 games with an effort on the stretch, but a handball in the lead up by Aymeric Laporte meant Spurs benefited from VAR again, just four months after their historic Champions League quarter-final at the Etihad.

The champions went into the half ahead through Sergio Aguero's sweeping close-range finish, again from De Bruyne's wondrous right-wing delivery (35), but Spurs levelled again through Lucas Moura's header, his first touch after being subbed on (56).

Aguero and Pep Guardiola looked to be involved in a heated argument as the striker was subbed off with 25 minutes remaining for Jesus, but the manager's decision looked to be vindicated - until the Brazilian's late effort was ruled out.