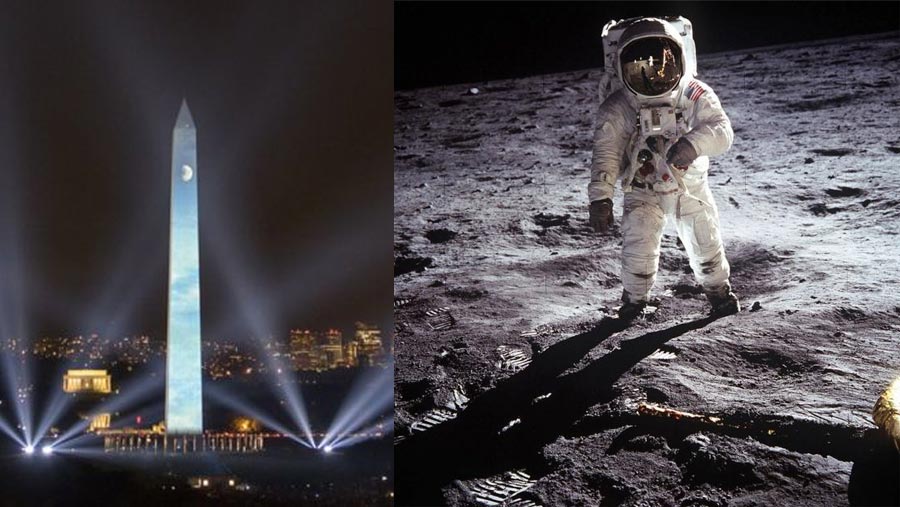 Thousands of people have been celebrating the 50th anniversary of the first Moon landing.

"That's one small step for man, one giant leap for mankind": it was with these words that Neil Armstrong became the first person to set foot on the Moon 50 years ago, an occasion celebrated by space enthusiasts globally Saturday (Jul 20).

The era-defining event was watched by more than half a billion people around the world, and represented one of humanity's greatest achievements.

In the U.S., its 50th anniversary has revived public enthusiasm for crewed space flight, as NASA charts out new missions to the Moon and on to Mars.

At 4:18 p.m. ET (2018 GMT) on Jul 20, 1969, the lunar module carrying Armstrong and crewmate Buzz Aldrin touched down on the Sea of Tranquility, following a four-day journey.

"Houston, Tranquility Base here. The Eagle has landed," Armstrong said.

A little over six hours later, at 10:56pm ET (0256 GMT Sunday), Armstrong stepped on the lunar surface and uttered his immortal words -- which he later said he thought about during the flight and prior to exiting Eagle.

The pair spent about two-and-a-half hours on the surface, carrying out scientific experiments and collecting samples.

"We had the problem of the five-year-old boy in a candy store," Armstrong would later go on to say. "There are just too many interesting things to do."

In Houston on Saturday night, thousands of space enthusiasts descended upon the visitor area of the NASA Johnson Space Center for a countdown to the "Moonversary," and watched a giant screen that replayed the iconic moments, before fireworks lit up the sky.

Armstrong was joined on the mission by his crewmates Buzz Aldrin and Michael Collins. All three were born in 1930. Aldrin and Collins are still alive, but Armstrong died in 2012 at the age of 82.