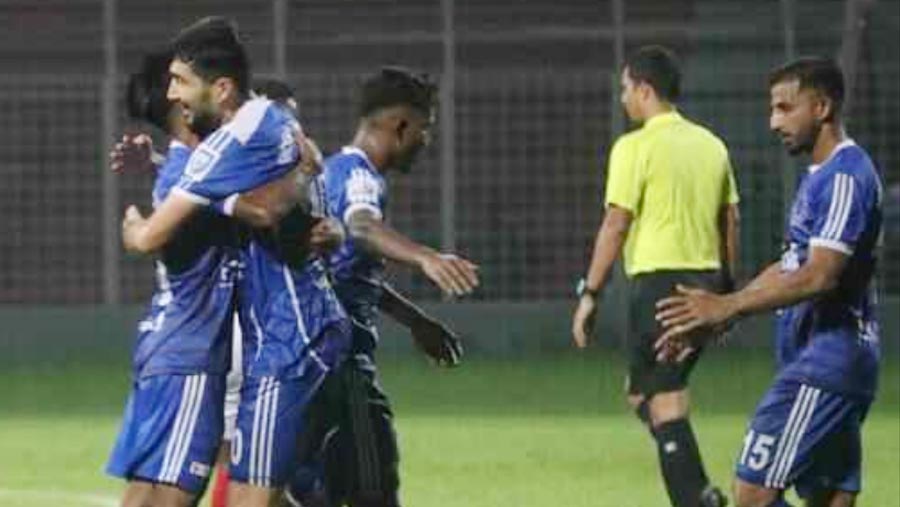 Sheikh Russell Krirachakra handed Bashundhara Kings their first defeat in the Bangladesh Premier League to put their title celebration on hold at Sylhet Stadium on Saturday (Jul 19). Uzbek forward Alisher Azizov’s struck in 52nd minute by a right-footed drive from the top of the six-yard box to secure 1-0 win for Russell, breaking Kings’ unbeaten record after 20 matches in the top-tier league, reports said.

BPL leader Bashundhara Kings have to wait for some more days to celebrate their much-anticipated professional league title in their debut season as they conceded the first defeat in the Bangladesh Premier League with a narrow 1-0 loss against Sheikh Russel Krirachakra at Sylhet District Stadium Saturday (Jul 20).

Second in the table, Dhaka Abahani Limited returned to winning ways after the reigning champion staged a remarkable comeback in the second half to pick up a 4-1 win over Saif Sporting Club at Bangabandhu National Stadium in Dhaka.

Both the sides were reduced to 10 men in the second half.

With the result in Sylhet, Sheikh Russel also put an end to Bashundhara’s record winning run in the league this season. They won 14 matches in a row prior to the game since they were held to a draw by Team BJMC on Feb 19.

Bashundhara, however, kept their place at the top with 58 points from 21 matches while Abahani remained at second with 54 points from 22 games.

Sheikh Russel and Saif Sporting are placed at third and fourth respectively with 45 and 41 points respectively.

Spanish coach Oscar Bruzon’s side couldn’t continue their dominance on the opponent like the other matches as the opening half ended without creating any clear-cut chance.

Against the run of play, Uzbek forward Alisher Azizov gave Sheikh Russel the lead in the 52nd minute with a cool finishing from the middle of the box after collecting a pass from the right side.

Bashundhara continued to create a series of attacks for the equalizer in the rest of the game but Sheikh Russel’s defence, led by goalkeeper Ashraful Rana, stayed solid to resist the efforts from Daniel Colindres, Baktiyar Duishobekov and others.