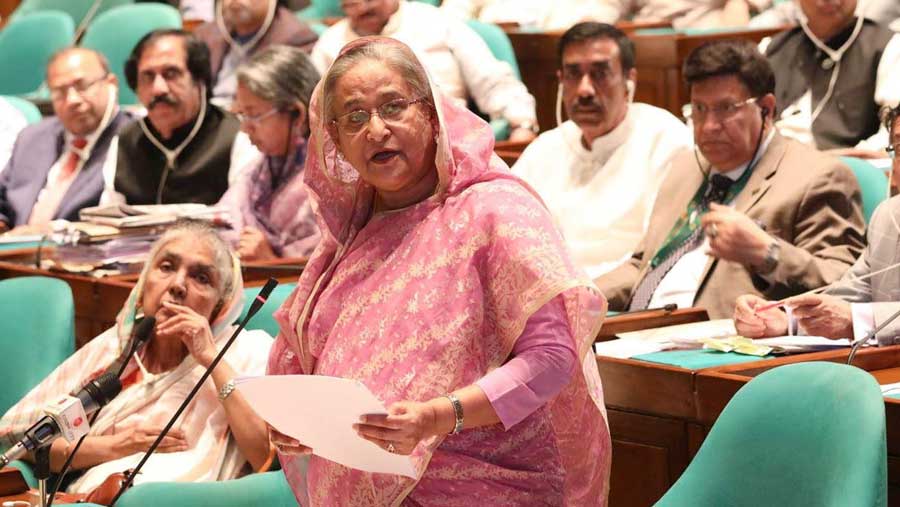 Prime Minister and Leader of the House Sheikh Hasina today put emphasis on enactment of more strict laws against rape and inflicting stringent punishment to the offenders, saying that such a heinous crime is never acceptable.

“It’s necessary to frame more strict laws against rape and give stringent punishment for it … such a heinous crime is never acceptable,” she said.

The prime minister simultaneously issued a strong warning against such an offence and said that the government will take necessary actions in this regard.

“We’ll take necessary actions against those who will commit such a crime,” she said.

The premier was delivering her valedictory speech of the third session (budget session) of the 11th Jatiyo Sangsad in the House with Speaker Dr Shirin Sharmin Chaudhury in the chair, local media reported.