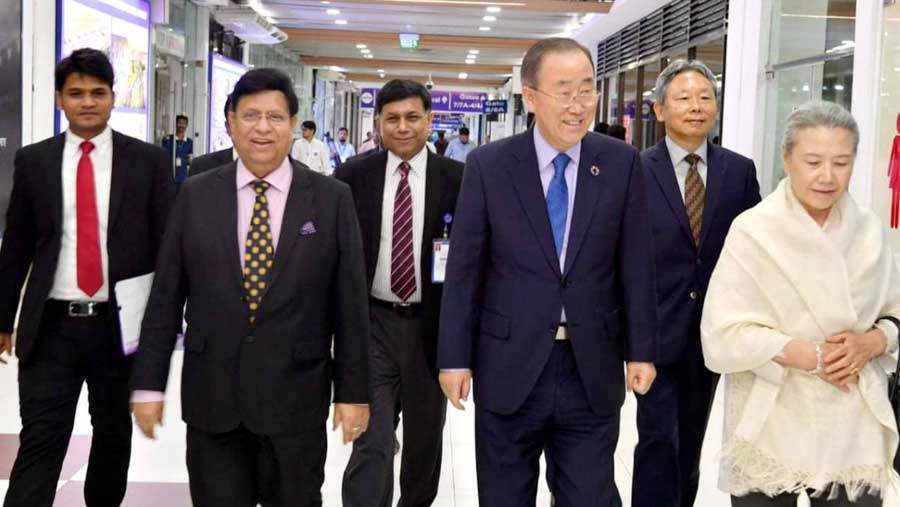 They arrived in Dhaka on Tuesday to attend the ‘Dhaka Meeting of the Global Commission on Adaptation’ inaugurated by Prime Minister Sheikh Hasina on Wednesday at InterContinental Dhaka.

Ban Ki-moon, the current chair of Global Commission on Adaptation (GCA), addressed a session titled ‘Way forward and next step towards climate change adaptation’ apart from delivering speech in the inaugural session.