Serena and Murray lost in the mixed doubles 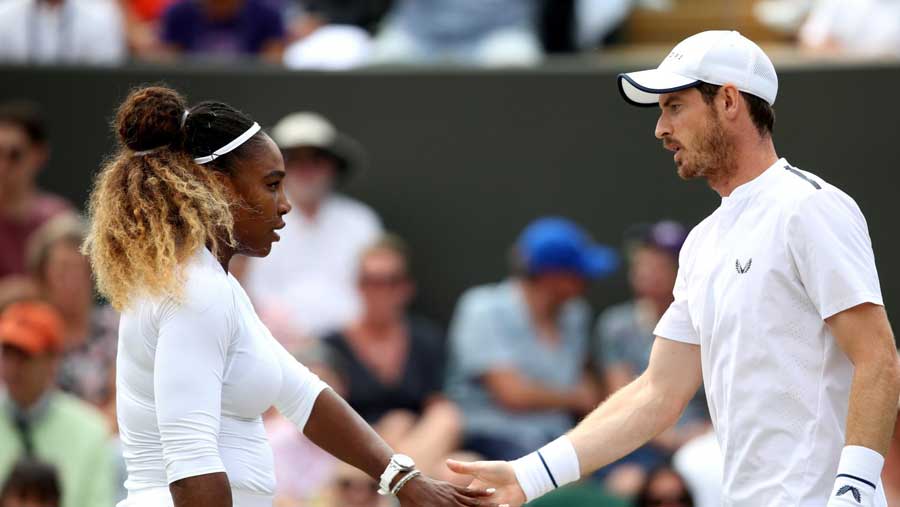 Andy Murray and Serena Williams' memorable Wimbledon run is over after they lost to top seeds Bruno Soares and Nicole Melichar in the mixed doubles.

Britain's Murray, 32, and American Serena, 37, have illuminated SW19 with their blockbuster partnership but came unstuck in a 6-3 4-6 6-2 defeat.

The loss means the Scot's Wimbledon return - almost six months after serious hip surgery - is over. Now he must decide the next step as he ultimately hopes to play singles again.

Serena still has a chance of silverware as she plays Czech Barbora Strycova - British number one Johanna Konta's conqueror - in the singles semi-finals on Thursday.

The 23-time Grand Slam champion said she has "loved the support" from playing alongside Murray at the All England Club.

"Hopefully I can still have it," she added.