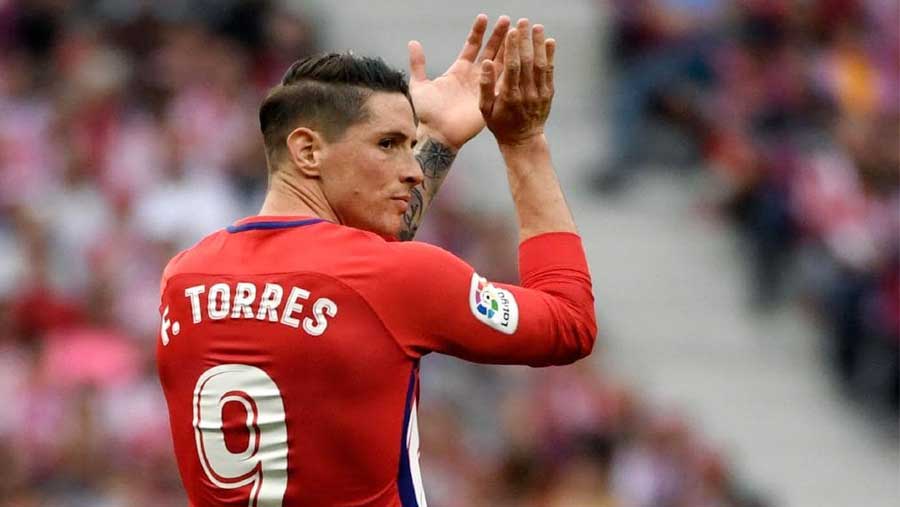 Former Atletico Madrid, Liverpool and Chelsea striker Fernando Torres has announced that he is to retire from football. At 35 years of age, the experienced frontman has decided that the time is right to hang up his boots. He will be bowing out on the books of Japanese side Sagan Tosu.

Revealing his decision on social media, Torres said: “I have something very important to announce.” “After 18 exciting years, the time has come to put an end to my football career.”

Torres began his career at Atletico Madrid, with a boyhood fan of the club progressing through their academy system to make his senior debut at 17 years of age. He helped the club to earn promotion back into La Liga and soon attracted interest from afar, with Chelsea reportedly tabling an £18 million offer in the wake of Roman Abramovich’s takeover.

A promising forward opted to stay put and inherited the captain’s armband at Atletico aged just 19.

Bids from England continued to arrive, with Newcastle knocked back before a second advance from Chelsea was shunned at the end of the 2005-06 campaign.

Torres would remain in the Spanish capital until the summer of 2007, recording 91 goals across 244 appearances.

Liverpool were eventually able to lure him to the Premier League, and he made an immediate impact with the Reds. He opened his account at Anfield in stunning style against Chelsea and never looked back, finding the target 33 times in his debut campaign – becoming the first man since Robbie Fowler to hit 20 league goals for the club in the process.

Torres helped to carry Liverpool close to title glory, hitting 81 goals in 142 outings, before Chelsea finally got their man in January 2011.

A big deal took him to Stamford Bridge, but the Spaniard would struggle in west London.

He did form part of FA Cup, Europa League and Champions League successes, but he was considered to have lost his spark and, after a forgettable loan spell at AC Milan, returned to Atletico in 2015.

Torres secured a long-awaited major honour with the club closest to his heart in 2018 when savouring Europa League glory.

He was to leave for Japan on the back of that emotional occasion, but has once again failed to convince when turning out in Asia.

There are plenty of highs for him to look back on, though, with his club career having been complemented by 110 caps for Spain that included two European Championship wins and World Cup glory in 2010.

It now remains to be seen which path Torres will take after deciding to head into retirement.