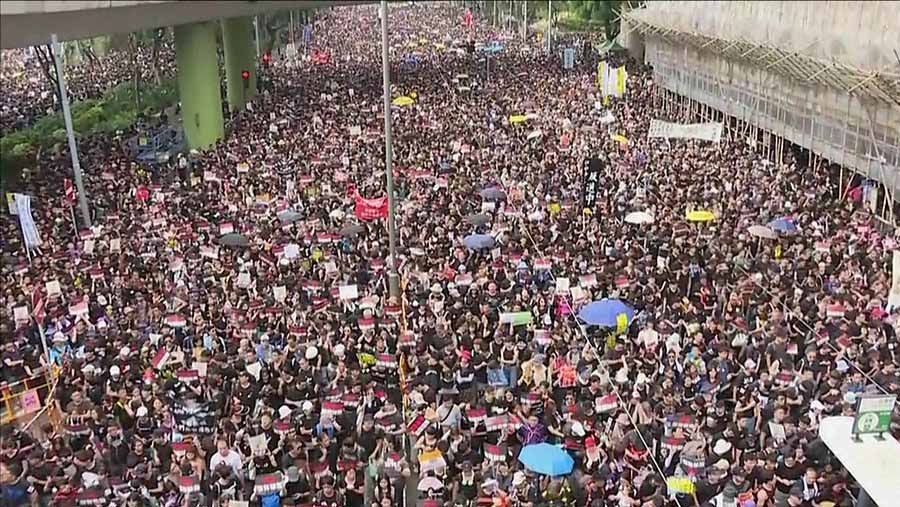 Hong Kong's Chief Executive Carrie Lam said on Saturday that the plans had been "suspended" for the time being. But protest leaders demanded that the bill was scrapped. Some have called on Ms Lam to resign over the unrest.

By early Sunday (Jun 16) afternoon, large crowds had gathered in the city's Victoria Square, many wearing black or carrying white flowers. Organisers said they hoped more than a million people would attend, though no formal estimates of the crowd have yet been made.

The progress of the march was slow, as the large numbers of people blocked many streets and crowded train stations.

Many held white flowers to mourn a protester who fell to his death on Saturday after climbing a ledge to unfurl an anti-extradition banner.

Protesters also carried placards that read "the students did not riot", in response to police labelling Wednesday's student protests a riot - an offence punishable by up to 10 years in jail.

There was scepticism among some protesters about Ms Lam's decision to suspend the bill.