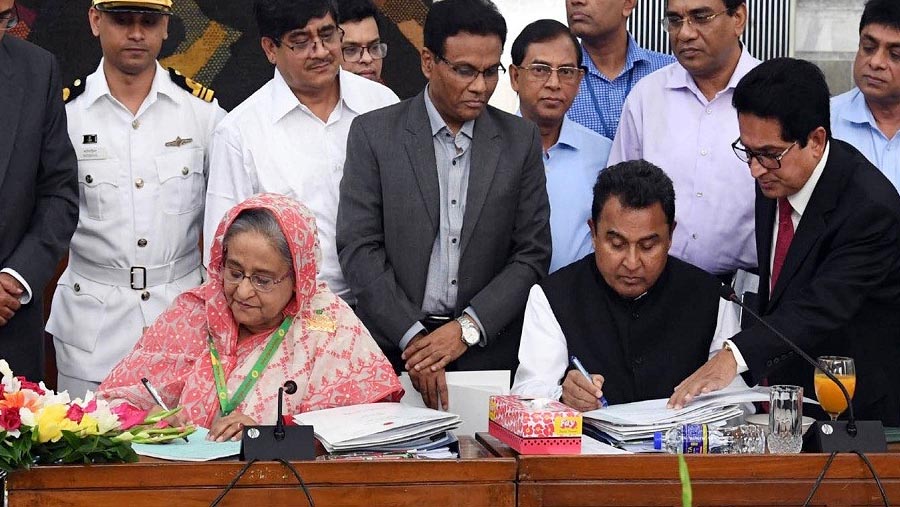 The Cabinet at a special meeting on Thursday (Jun 13) approved the national budget for the fiscal year 2019-2020.

The Finance Minister is set to unveil the national budget for the 2019-2020 FY this afternoon, aiming to bring a number of reforms in the economy.

The budget will be the first one of the present Bangladesh Awami League government formed through the Dec 30 general election held in 2018.

It would be country’s 48th national and Awami League Government’s 20th budget since the country’s independence in 1971.