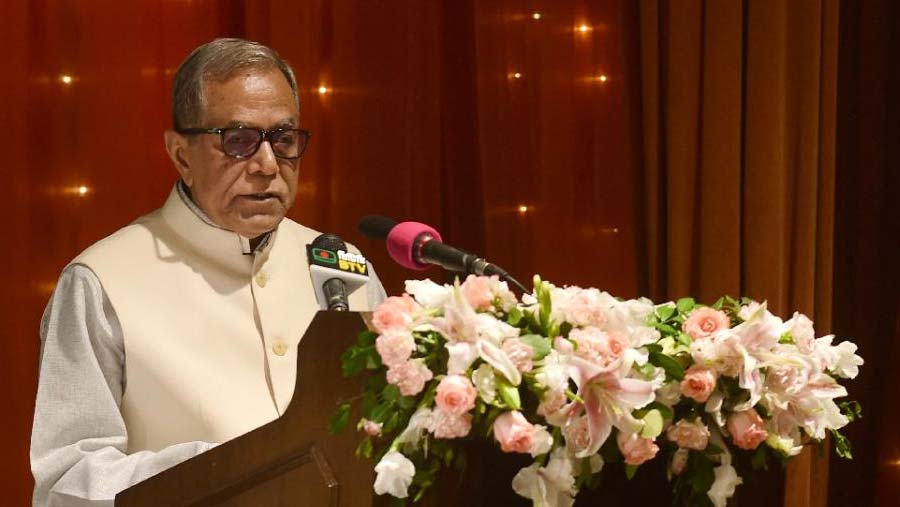 During his seven-day visit to the central Asian nations, the President will attend the fifth summit of the Conference on Interaction and Confidence Building Measures in Asia (CICA) at Tajik capital Dushanbe. He will also start his visit to Uzbekistan on June 16, local media reported citing President Press Secretary Joynal Abedin.

A VVIP flight of Biman Bangladesh Airlines carrying the President, and his entourage members, including his spouse Rashida Khanam, and official concerned of foreign ministry and Bangabhaban, will take off Hazrat Shahjalal International Airport at 4 p.m. Thursday.

The head of the state will deliver his speech at the CICA summit in Dushanbe on Jun 15.

President Hamid, in his address in the fifth CICA summit, will clear Bangladesh’s stance in these regard.

Five international organizations, including the United Nations, International Organization for Migration (IOM), Organization for Security and Cooperation in Europe (OSCE), League of Arab States and Parliamentary Assembly of the Turkic Speaking Countries (TURKPA) are too associated with it.

The CICA member states cover about 90 percent of the territory and population of Asia, according to CICA secretariat.

The upcoming fifth CICA Summit is expected to be attended by top officials from 20 countries.

President Hamid is scheduled to return home on Jun 19.