2022 WC: Bangladesh to play in final selection round 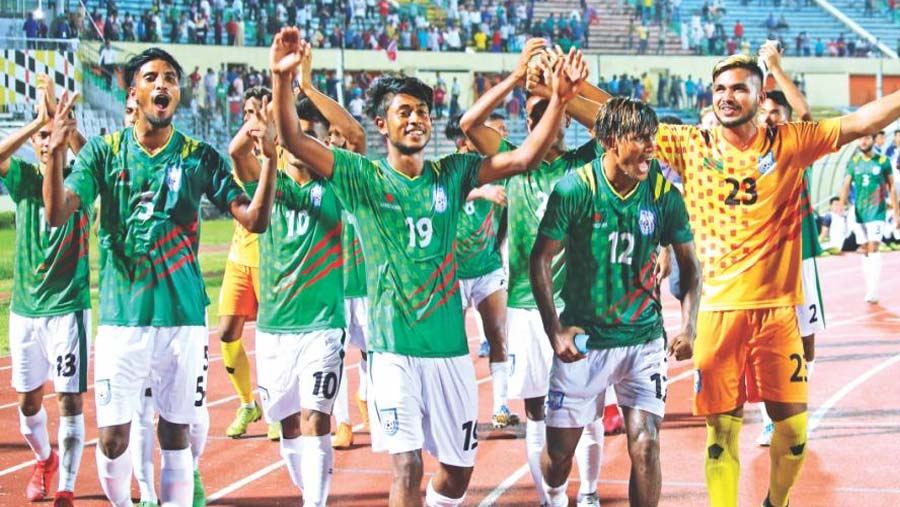 Bangladesh football team overcome the pre-qualifiers hurdle after a goalless draw against Laos in their second-leg match of the first round preliminary joint qualifiers for the 2022 World Cup, and 2023 Asian Cup at the Bangabandhu National Stadium in Dhaka on Tuesday (Jun 11).

After the day’s result, Bangladesh stepped into the 40-team group stage qualification round of the FIFA World Cup 2022 where they will play at least eight matches over the next one year.

Bangladesh have also confirmed FIFA and AFC sanctioned international matches for nearly two-and-a-half year cycle, throwing out Laos, who lost the first-leg match by 0-1 in Vientiane on Jun 6.

On the day, both sides started the game with good tempo but after the 10th minute of the game Bangladesh took control of the match and dominated it with some fruitless attacks.

Bangladesh missed three clear cut chances in the match as forward Nabib Newaz Jibon missed twice in the 38th and 53rd minutes while forward Mohammad Ibrahim squandered a chance in the 87th minute.

Ibrahim’s header from inside the box went past the right post after he received a cross from midfielder Sohel Rana from the right side.