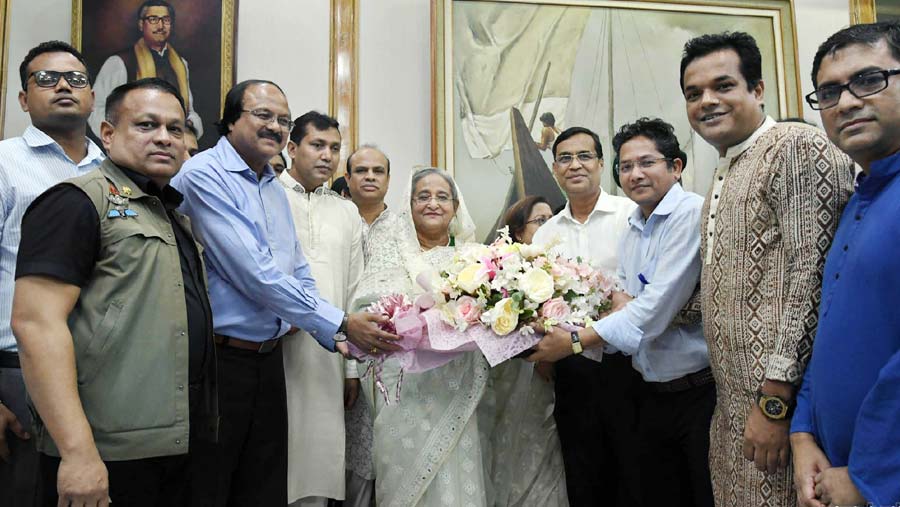 The 11th anniversary of Bangladesh Awami League President and Prime Minister Sheikh Hasina’s release from prison was observed on Tuesday (Jun 11). On this day in 2008, Sheikh Hasina was released from the special sub-jail set up on the premises of the Jatiyo Sangsad (Parliament) Building after remaining captive there for nearly 11 months.

The Awami League president was arrested from her Sudha Sadan residence at Dhanmondi on Jul 16, 2007 during the military-backed caretaker government, which assumed power in the political changeover of 1/11 in 2007.

As Sheikh Hasina fell sick during her captivity, demands were raised then from different quarters including the Awami League and its associate bodies to send her abroad for better medical treatment after releasing her from jail.

Conceding to the people’s spontaneous and repeated demands and pressure from different quarters, the caretaker government was compelled to release Sheikh Hasina from jail.

In the national election of Dec 29 in 2008, the Awami League-led grand alliance registered a landslide victory with a two-thirds majority in the Jatiyo Sangsad and Awami League President Sheikh Hasina became the Prime Minister for the second term.

Marking the day, the leaders of Awami League and its associate bodies greeted Prime Minister Sheikh Hasina by presenting her with bouquets at her official Ganabhaban residence in Dhaka in the afternoon.

Senior Awami League leaders first greeted Sheikh Hasina by handing over a bouquet to her followed by the leaders of associate organisations of the party.