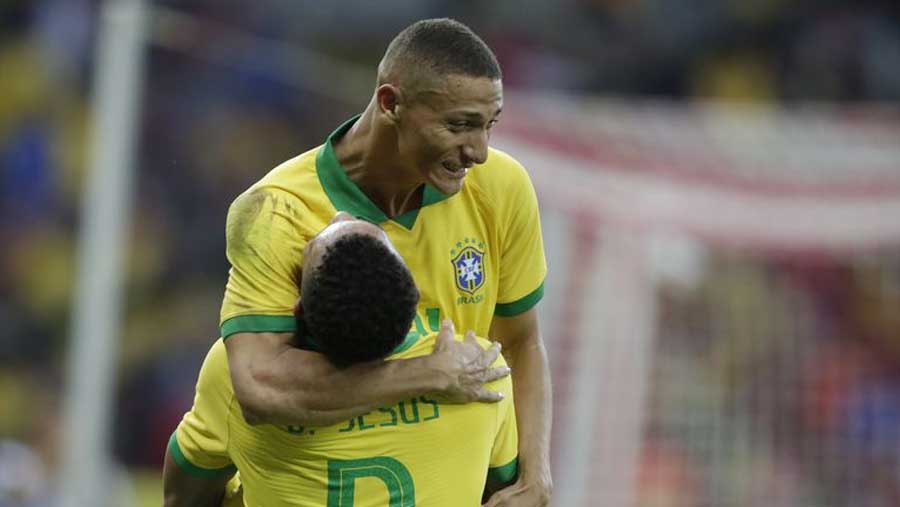 Brazil routed 10-man Honduras 7-0 Sunday (Jun 9) in a show of strength in its last warmup match ahead of the Copa America tournament.

Brazil thrashed Honduras without the injured Neymar in their final friendly before hosting the 2019 Copa America.

Striker Gabriel Jesus and defender Thiago Silva headed Brazil into a two-goal lead before Philippe Coutinho scored a third from the spot. Jesus added his second after the break before David Neres, Roberto Firmino and Richarlison completed the rout in Porto Alegre.

Honduras had midfielder Romell Quioto sent off for a high foot early on.

The result is Brazil's biggest win since 2012 and came despite missing talisman Neymar, who is ruled out of the Copa America after spraining his ankle in a friendly with Qatar earlier this month.

Eight-time winners Brazil have now completed their warm-up schedule for this summer's showpiece - a tournament they have won on all four occasions as hosts.

Brazil begin their Group A campaign against Bolivia in Sao Paulo on Saturday Jun (15).