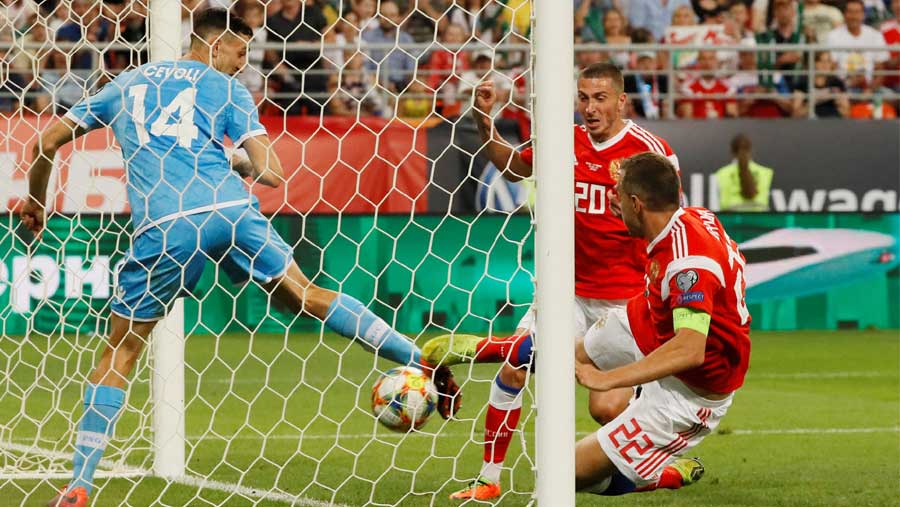 Russia defeated San Marino 9-0 during a home match of the qualifying tournament for the 2020 UEFA European Football Championship. The meeting was held in Saransk at the Mordovia-Arena stadium on Saturday (Jun 8).

Russia won the largest victory in its history. The previous records of the Russian team were set in matches against San Marino team in 1995 and Liechtenstein in 2015 (both times 7-0).