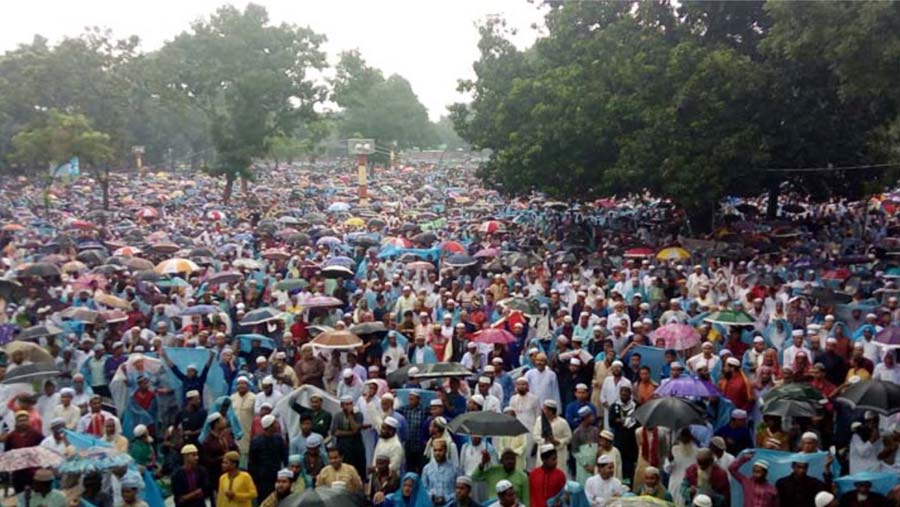 A special munajat was offered seeking divine blessings for peace, development and welfare of the people of the country as well as the Muslim Ummah, local media reported.

Drone cameras were seen hovering over the Sholakia ground from the sky to make the security foolproof. None of the devotees were allowed to enter the ground without search.

Police Super said they have taken special measures to ensure tight security keeping in mind the militant attack at Sholakia Eidgah in 2016. Plain clothed personnel from different intelligence agencies were seen helping the law enforcing forces with strict vigilance in and around the Sholakia.

Closed Circuit Camera Television (CCTVs) and watch towers were set up at each of the entry points of Kishoreganj town and the Sholakia Eidgah to insure foolproof security.