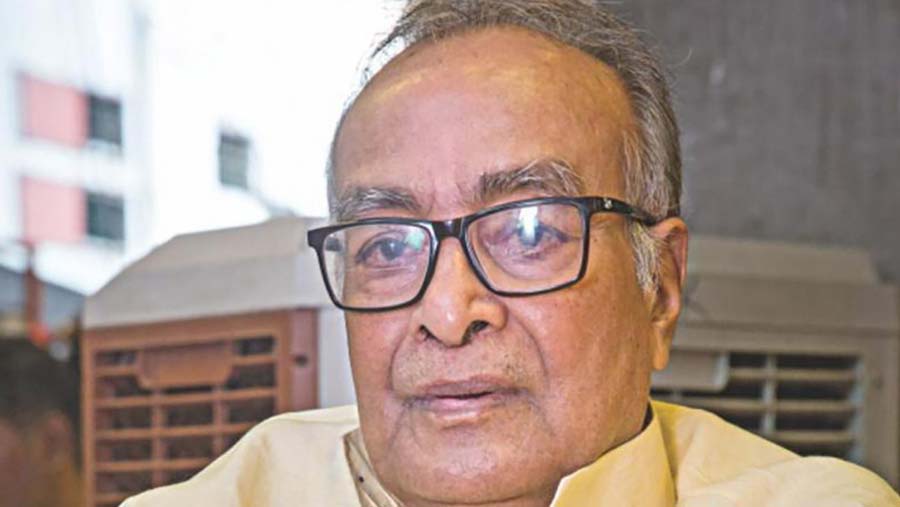 Momtazuddin, an Ekushey Padak winner, was suffering from old age ailments since long and was in hospital as his health condition deteriorated.

Born in Jan 18, 1935, Momtazuddin Ahmed became one of the pioneering thespians to have contributed to the Bengali culture.

Apart from playwriter and actor, his illustrious career far exceeded the theatrical stages. He also fulfilled the role of an esteemed educationist in society.

Prime Minister Sheikh Hasina and President Md. Abdul Hamid expressed deep shock and sorrow at the death of eminent playwright, actor and educationist Professor Momtazuddin Ahmed. In a condolence message, the prime minister recalled his contributions to the fields of drama and education with profound respect.

“His death is an irreparable loss to these fields,” she said.

Rabindra Bharati University has included his writings “Bibaha” and “Ki Chaho Shankhachil” in its curriculum. Several of his notable plays are also included in primary, secondary and higher secondary curriculums in Bangladesh.

Momtazuddin's career as a teacher, writer, and actor earned him wide recognition, but theatre is the most prolific part of his career.

As a man of progressive conviction, Momtazuddin took an active role in the state language movement of Bangladesh, the struggle for freedom during the Pakistani era, and the movement for getting democracy back in post-independence Bangladesh.

His popular street plays during the pre-independance days of March 1971 stirred the people of Chattogram and inspired them in resisting the unloading of arms from the ship Swat docked at the port.

The renowned theatre persona and academician has received numerous awards throughout his career, including the Ekushey Padak in 1997.