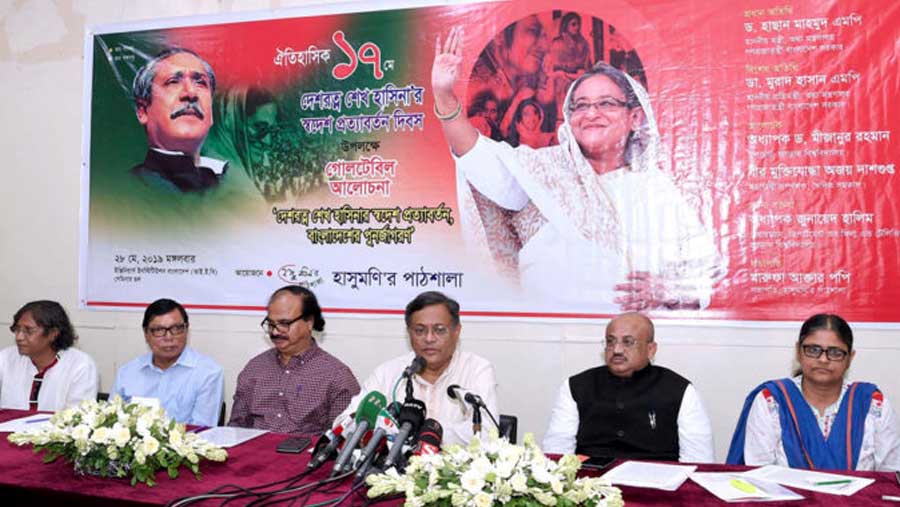 Rejecting the BNP’s demand for midterm election, Information Minister Dr Hasan Mahmud on Tuesday (May 28) said the next general polls would be held in due time as per the constitution.

There is no reason to hold the election before the due time . . . The parliamentary polls will be held after four and a half years later as per the constitution, he said, speaking at a roundtable meeting at an auditorium of the Engineers Institution of Bangladesh in the capital.

State Minister of Information Dr Murad Hasan addressed the meeting as the special guest while the organization’s President Marufa Akter Popi was in the chair.